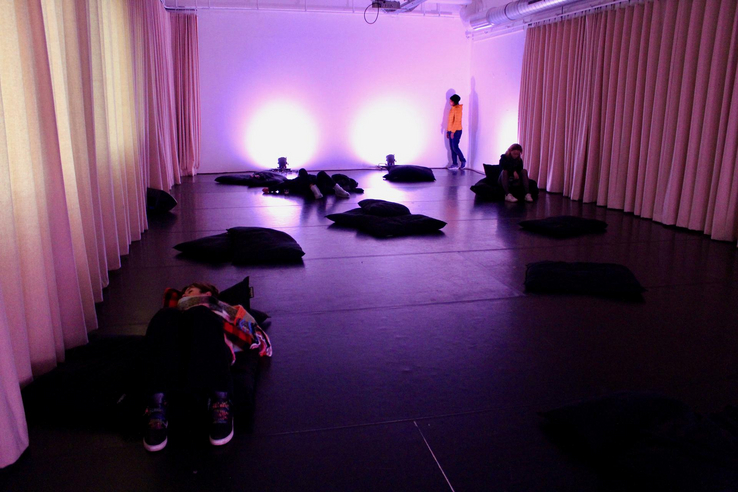 On Saturday Nov 27 2021, DAS Research co-hosted the event, Radio Silence: a symposium in the form of a community radio broadcast, co-curated by the Lector, DAS associate researcher, Rajni Shah and curator Astrid Korporaal in collaboration with the Frames of Representation festival at the ICA, London.

More than 80 people took part in the event either online or at live gatherings held in parallel at DAS Graduate School in Amsterdam and the ICA in London.

Radio Silence brought together intimate and informal contributions from artists, thinkers, activists and healers through a film screening and listening event that are all about slowing down and being-with.

Radio Silence was produced in partnership with DAS associate researcher, Rajni Shah, and with Fili 周 Gibbons as part of the project ‘Performance Philosophy and Animals: towards a radical equality’ led by the Lector, Laura Cull Ó Maoilearca. The Amsterdam gathering was produced by Marilixe Beernink and Laura Cull Ó Maoilearca, hosted by Paula Montecinos. The London gathering was produced by Astrid Korporaal and co-hosted by Sheila Ghelani.

Read an interview with Rajni Shah.