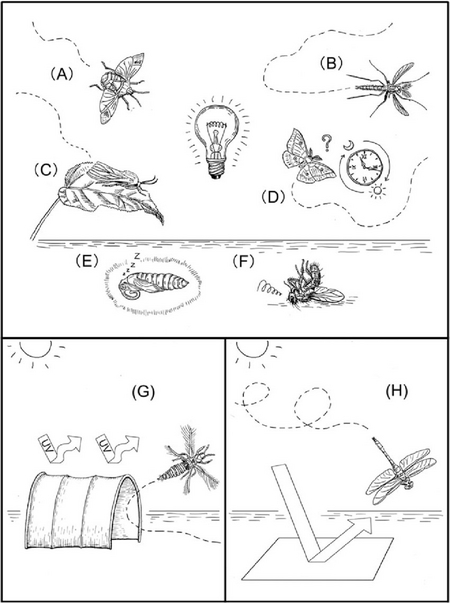 The work explores the fundamental conditions and possibilities of human vision. Departing from different ideas about human and nonhuman relations to stimulus of light and darkness, such as: the reflex response of pupils to light, dilation and contraction. As well as, the locomotory movement of insects towards or away artificial or natural light sources. Or, the earth’s 23 degrees axial tilt causing the four seasons. Likewise, the work is inspired by ancient and modern ways of thinking light: 11th century navigation techniques using the horizon line and constellation of the stars to determine one’s own location and (centralise) relation to one’s surroundings. Also, the capital project of monetizing, traveling, and moving at the speed of light, producing a culture of constant luminosity.

At the centre of this work: a white wall and two black holes. The white wall serves as the surface upon which significance inscribes its signs. The black holes are the swallowing force in which subjectification lodges its passion and consciousness. At the intersection of these two surfacesystems, a mechanism is created, unceasingly producing new worlds.

The hand- held light frames moving (being-moved) in delicate rhythms of light and touch. Activation, becomes intentions, becomes sensations. Coordinations float free from restraint. Shadows and silhouettes form shapes and lines, not to be filled in, but to serve as the matrix for each of the colours to come.

As a self-contained constellation, there is no hidden puppetry taking place as a back-stage does not exist. Light, sound, and movement are being negotiated and activated by the performers as space is composed through movement, exposed in its relational, fluid possibilities.