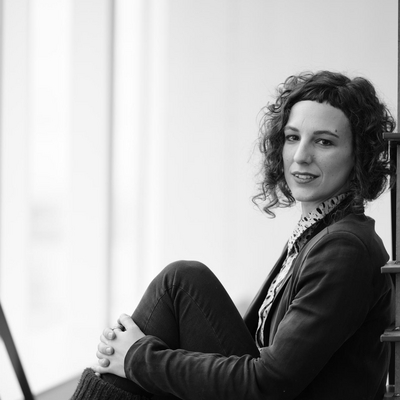 Konstantina Georgelou is an Amsterdam-based performing arts theorist, dramaturg and researcher. She is a tutor at DAS Choreography and the theory advisor at DAS Theatre. Konstantina is also a senior lecturer in the Department of Media and Culture at Utrecht University and at University College Utrecht, teaching courses on dramaturgy, spectatorship, curation and performance theory.

In 2011 she received her PhD from Utrecht University, with a thesis entitled Performless: The operation of l’informe in post-dramatic theatre, where she proposed Georges Bataille’s notion of l’informefor the analysis of dramaturgical strategies in postdramatic performance, with a particular analytical focus on the function of language, body and temporality on stage. Later on, she was appointed as a post-doc fellow at the Centre for the Humanities, to conduct research on the intersections between dance and cognitive sciences. Between 2011-2019 she was also a core tutor at the ArtEZ Master of Choreography and, later on, of Theatre Practices in Arnhem.

More recently, Konstantina’s research spans over the areas of practical dramaturgy, choreography, (new) materialism and artistic research, inquiring ways to move and act collectively. She studies artistic, discursive and activist practices and researches in-practice collective modes of production in theory and in the arts. Konstantina’s publications have appeared in several journals and books, such as with Performance Research Journal, Performance Paradigm, Maska, LADA, Routledge, Palgrave MacMillan; she co-authored The Practice of Dramaturgy: Working on Actions in Performance (Valiz, 2017) and co-edited the issue ‘On Names’ (Performance Research Journal, 2017). She has worked together with several artists including Zhana Ivanova, Danae Theodoridou, Janez Janša, Efrosini Protopapa, Mladen Alexiev, Katja Heitmann, Ingrid Berger Myhre and Apostolia Papadamaki. Konstantina considers her work across institutions in which both academic and artistic research takes place rigorously and often with suspicion towards one another, as a dramaturgical and political practice.