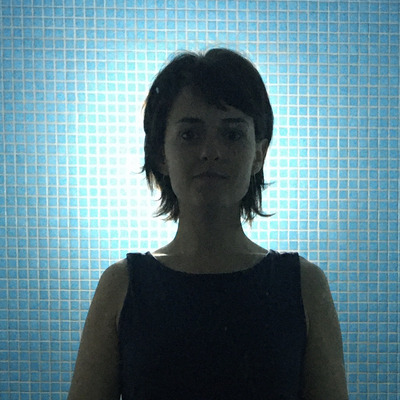 I am a theatre director, performer, and curator that passionately looks for blurring these borders as much as possible.

The core motivation of my work focuses on waste: on what value can be given to the things we see as disposable.

I am interested in the expanded idea of the fringes: corporal, cultural, geographic, political, human, and vegetale. I associate the concept of residue with the idea of the fringe, the periphery, and the margins: spaces/things that are often neglected, where it is necessary to invent other forms of existence.

Until 2022 I created my artistic work as part of the art collective ultraVioleta_s (São Paulo - Brazil). I am a co-artistic director and I take on different roles in each work, for example: performer, screenwriter, playwright, director, and stop-motion artist. ultraVioleta_s works with different artistic languages, such as theater, circus, performance, and video. With this collective, I recently conceived and co-directed "A Prima da Vera" (2021): a web series that, in a trashy, ironic, and irreverent way, shows how women's vaginal discharges produce images that can be read and interpreted. This work focuses on looking at the fringes of our bodies, at the fluids we excrete, and on attributing oracular meaning and value to what is perceived as useless.

Parallel to this artistic ambition, I'm part of the curatorial team of "Brasil Cena Aberta" (Brazil Open Scene), an annual festival focused on internationalizing Brazilian performing arts. As a Brazilian artist and a curator, I ask myself for whom is theatre performed today? Who actually watches it? Consequently, I also ask myself: who can make theater? And finally, who can consider themselves as an artist? I feel moved to more intentionally integrate these thoughts with my artistic practice to bring these questions to an aesthetic work that in itself stirs and questions the very structures in which it is established. In this integration of thoughts I'm interested in finding forms that contribute to the establishment of polyphonic, poly-autoral, and hackable scenes. This is one of my long-term ambitions.