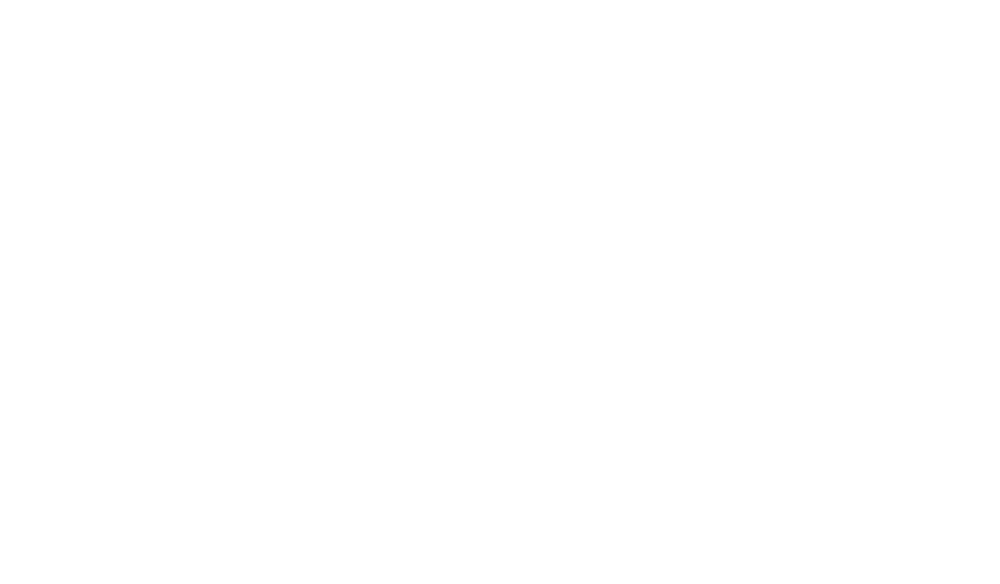 You are warmly invited to attend this years DAS Choreography studio showings. On 5 and 6 September we will host informal studio showings from students beginning their second year in the programme. The aim is to give some insight into the ongoing research processes of each student, by sharing their practices with a small invited guest audience.

If you wish to attend these performances, please confirm by emailing which showings you would like to attend to daschoreography@ahk.nl to be ensured of a spot.

About the artists and their work 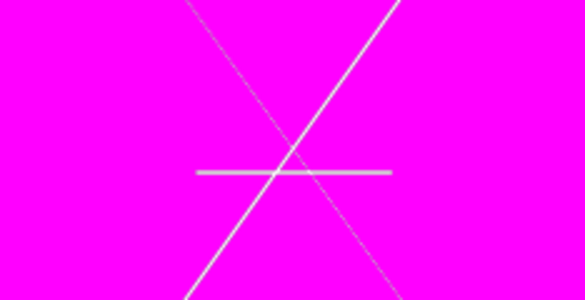 Salivating knots generating foams is a performance that is born from my research on Afrotranstopia, a space of conviviality and creation that is built around the intersection between life technologies, existences and afrotranscendences. Afrotranstopian technology does not only mean technical or digital resources - means that we also use in the creation process. In Afrotranstopia, technology is thought of as mobilisation and activation of knowledge, ways of life (existences) and of matriarchal, ancestral, indigenous and Afrodiasporic forms of resistance. Afrotranscendence is the multiple strategies for staying alive, even when it seems impossible. Afrotranscendence is not survival: it is living, existing and creating futures. Reactivating these technologies means building spaces of training and sharing that support the manifestation and dissemination of these technologies, but also spaces of creation, speculation and overcoming. In this performance we will experience Afrotranstopia in the body on stage. Our first activation is to train the salivating knots of our bodies. From this, we will try collectively to produce a wave of sound and gravitational resonance against the tsunami that threatens life. After the tsunami, what remains are regenerating foams that pave the way for reconstruction.

emerges from the concept of Afrotranstopia by Brazilian choreographer and performer Mário Lopes. The performance is the third and last part of the trilogy “Movimento” and consolidates his study on forms of resistance, celebration and healing initiated in Movimento I_Parado é Suspeito and Movimento II_Kodex_Konflikt. Through multidirectional and territorial actions, Lopes opens up space for the creation and invention of futures, based on the preservation of life technologies developed by the peoples of the African diaspora on both sides of the Atlantic.

The performance works with a notion of choreography understood as a spatial bridging of great distances, whether they are physical or cybernetic. In this path, the existences that Afrotranstopia connects or, in Lope’s words, activates and intersects, are born from the urgency of dealing with the traumas experienced by these communities historically affected by the syndemic virus PACACO-bi (patriarchy, capitalism and colonialism - within a binary structure). In resistance to it, Afrotranstopia creates its own network of artistic and conceptual research, based on the preservation of Afrodiasporic technologies of life. Each performer is an active voice that articulates a great conversation and establishes a space of exchange and accumulation of knowledge and practices. The encounter between them promotes a ritual of dissolution and salivation of the knots of the body and an active relaxation that prepares the body for the tsunami that threatens life.

continues, on stage, an action already started in 2020, with the film "Movimento III_Celebration: Post Tsunami Foams". Produced in the context of the pandemic, where the norms of confinement and movement control prevented encounters, the film was shot in three different places, connecting artists from different parts of the African diaspora in Finland, Brazil and Mozambique. In this new hybrid work, which relates performance and cinematography, cathartic movements and vibrational states are explored that alternate between contrasting and reconciling with the fluidity of salivation.

The vestiges of the traversals and encounters generated so far are projected and actualised on stage, expressing the sinuous, sometimes chaotic nature of their contours. The traces gestating in these actions emanate a neon light that burns the eyes, agitates and swallows us up in a great magnetic, energising, resonant wave. Their transverse routes, starting and heading south, destabilise us in a powerful turbulence. After the tsunami, what remains are regenerating foams that pave the way for reconstruction. 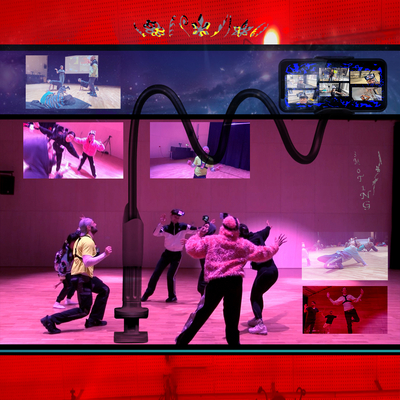 Disclaimer: audience will be documented (video).

Synthetic sapphire lenses and/or/are/our eyes: contacting, capturing, caressing bodies and selves in proximity. (Un)seeing eyeballs and smartphones as “technological prostheses” prompts new dimensionality for flesh and (virtual) enmeshment. Representations pulsate and scan through embodiment with satellitic signal. Which spacetime emerges from recoding the “I” in transindividual? Proposed is a technogenetic matrix for rehearsing a ceremonial articulation of this inquiry.

Zander’s present research questions have evolved from past, core inquiries about internet expressions (onlineness) and person-device (cyborg) relationality. In 3M0T1NG, Zander works with dancing collaborators within a human-body(-[trans]individual) equation in which imaging devices and web semiotics backdrop vocabularies for emo-techno-social soma. The research speculates about simulations of eye-contact and (non-)complex images, disconnecting essentialized “truths” from feelings and expressions. Rendered are psychic dissociations from normative emotionality, re-manifesting (or “queering”) inter-relational communications in “real” (hallucinatory) and virtual (computed) time. 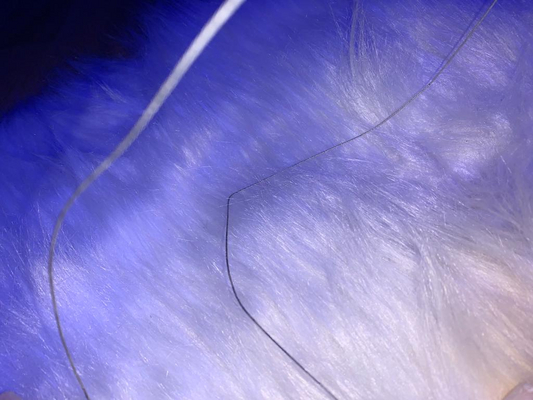 Melting Eyes is the current performative state of my research about bodies as landscapes. Inspired by more- than- human perspectives, Melting Eyes explores physical and sonic ways of engaging with and moving through space. Oscillating between distance and intimacy, a constant shifting body is looking for different ways to see.

Thanks to Young Art Support Amsterdam (NL), DAS Choreography AHK (NL), Fonds Darstellende Künste (GER) and thanks to all the DAS staff. 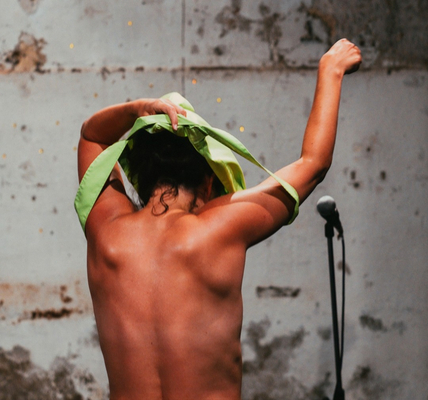 "with each dive / the more subaquatic I become /

my ears, seashells / the ribs, gills. we're becoming fish / and we are many."

“Bag Abyss” is an attempt to materialize a recurring bad dream. It is about moving with the indiscernibility, the incongruity, the excesses and the trembling in order to insist on life and health as continuity and not as progress. A non-binary idea of health and care.

It’s a solo dance work that has as a startpoint the question about how to sustain an embodiment of a personal artistic-clinical experience of caring and being cared for in the encounter with madness, taking as a premise to consider care as a performative experience of imagination, sensing and vulnerability.

How to embody the notion of taking care as something that is both an activation and a cessation of a certain "inner trembling"?

From this question, the work engages a certain quality of ‘vitality’ and ‘haunt, considering the movement as a psychophysical presence of regeneration, disorientation and as a necessarily dangerous and immersive experience.

“Bag Abyss” is an invitation to inhabit together a space of delirium as a possible shared fantasy, as well as to pay attention to the urgency of multiplying improbable forces of vitality beyond the hegemonic norm as the only perspective for a mentally healthy sociability.