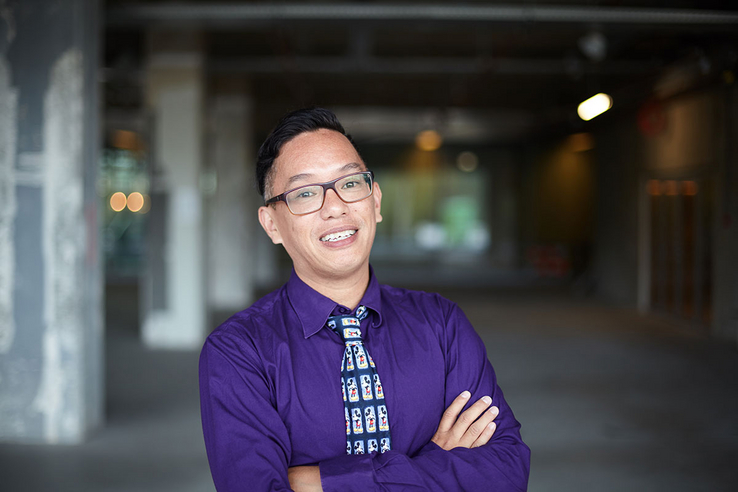 The directorate of the Academy of Theatre and Dance (ATD) of the Amsterdam University of the Arts has appointed Brian Lo Sin Sjoe to become the next artistic director of the Production and Stage Management Study Programme (OPP) as of 1 September 2021. He succeeds Saundra Williams who resigned her position as artistic director of the OPP on 1 March.

Brian Lo Sin Sjoe has a wide, intercultural and multifaceted background in both arts funding and podium arts. He graduated in 1996 from Utrecht University with a degree in English Language and Literature and American Studies. After following master classes in musical production at Goldsmiths University of London, he became production manager and executive assistant at the Cosmic Theatre in 2002. From 2003 to 2006 he was active in various managerial functions including head of production at Imagine IC. For the cultural website, On Stage, he was also chief editor for theatre. Brian went on to produce his own musical called Straf, with which he won 2011 Musical Makers Scholarship in the Carré Theatre Amsterdam.

Since 2015, Brian Lo Sin Sjoe works as subsidy consultant at the Performing Arts Fund (FPK). An important part of his work involves assessing artistic and productional plans from all over the country. Brian has a strong affinity with talent development and was involved with schemes such as Nieuwe Makers, The Urban Projects Programme, production subsidy and Internalisation. He is committed to bringing about a more diverse and inclusive FPK and co-founded a work group for Diversity and the Diversity Funding Network.

Marjo van Schaik, interim director at the Academy of Theatre and Dance:
‘Brian Lo Sin Sjoe is an extraordinary energetic person with a gift for connecting people. He is a networker with a global perspective, an intercultural background and enormous experience in the theatre world. With his extensive knowledge of the world of funding and deep understanding of creative processes in diverse theatre ensembles, Brian is a true Renaissance man. He has a refreshing vision of the role a producer can play. I fully trust that with Brian as artistic director we can offer OPP students a rich and varied curriculum to prepare them for a successful and inclusive work practice.’