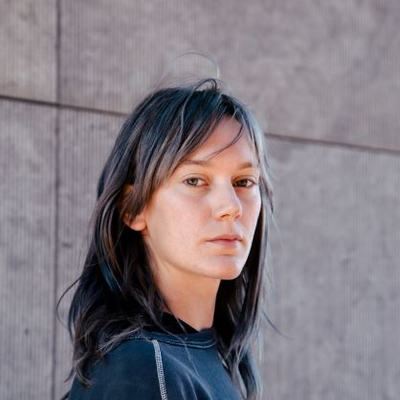 Ellen Lili Vanderstraeten (°1995, Ghent, Belgium) is a performer, creator and curator of activities. She is fascinated by co-creative ways of making art and the multiformity of textiles. Her work departs from daily routines of care such as walking, sleeping, cooking, reading ... which she loosens from their monotonous patterns to create new sensory experiences. She presents her work mostly in spaces that are not destined to experience art such as: her own home, in the garden of psychiatric hospitals, public spaces such as parks, swimming pools and shop windows. When working in these spaces Lili attunes into the questions and conditions that are already present, inviting other people along her way to join this emergent process.

Lili graduated in 2017 from the Royal Institute for Theatre, Film and Sound in Brussels where she studied theater directing and obtained her master in 2019 in Performing Arts at the Iceland University of the Arts in Reykjavik. She is involved in several international collectives such as Senselab (a platform that brings together activists, academics and philosophers) and Celestial Bodies where she co-curates a yearly traveling performance festival. She led various social-cultural projects in different countries and recently she shares the artistic lead over the research project Spa for Spirits. Spa for Spirits is an artistic and experimental wellness center that is operated by otherworldly creatures. The platform engages with various other artists and not-artists, community centers and cultural houses, to build landscapes in which visitors can land and charge their bodies to rituals that arise in the interaction between performer and visitor.