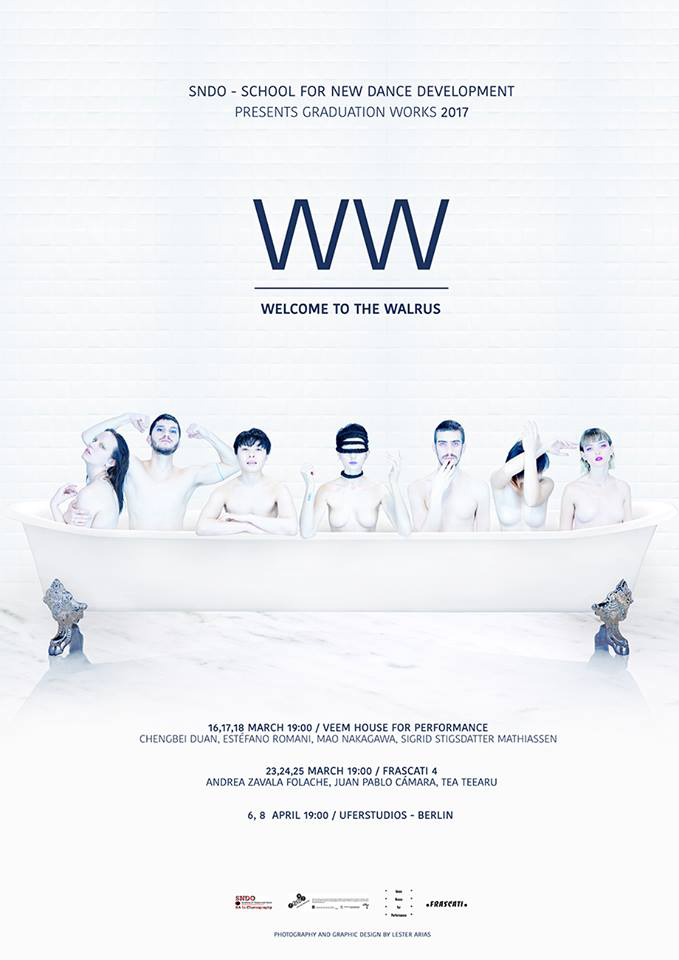 The 4th year students of the SNDO - School for New Dance Development graduate by creating two works next to writing a thesis and completing their internship. The first works are usually presented in Spring, the second ones in June. These programs take place in venues outside the school offering the students professional working conditions and the artistic context. The Spring works travel to Berlin, to be presented at Uferstudios within the context of an exchange between Berlin based BA program of HZT and SNDO.

WELCOME TO THE WALRUS
I am she as you are she as you are me
See how they run like frogs from a gun
See how they fly
How is this happening if the dog found the shark?
Graduation works 2017
2 parts - 7 works
Both parts will be presented at Uferstudios Berlin on the 6th and 8th of April.