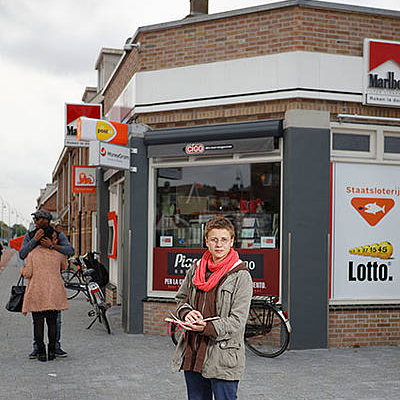 Lucia Mărneanu (b. 1988) is an actress, performer and fine artist from Cluj, Romania. In 2010 she graduated at the Faculty of Fine Arts (UAD, Cluj) and in 2013 at the Faculty of Theatre and Television (UBB, Cluj).

She worked as a children’s book illustrator and independent actor, collaborating with various theatre companies such as GroundFloor Group (Romania), Procédé Zèbre (France), K2 (Hungary). In 2014, together with fellow colleagues, she co-founded the Reciproca cultural platform, which tries to foster social/civic responsibility through various art-forms (ranging from political cartoons, on-site installations, video art to devised-theatre plays).

In 2014, on behalf of UNITER  (The Union of Theatres of Romania) she was awarded the Debut Prize for her performance in "Parallel" – produced by GroundFloorGroup and ColectvA companies (The PaintBrush Factory, Cluj).