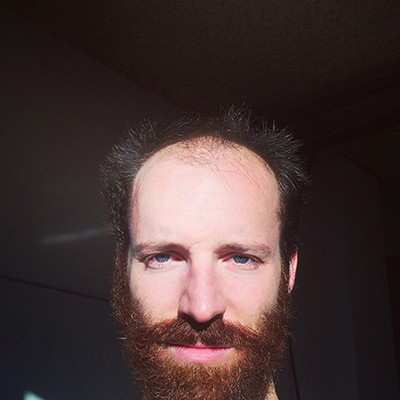 Main interests of Artistic Research
In the next couple of years I wish to continue focusing on practices that pertain to excited and ecstatic performing states. These encompass the physical, the emotional and the spiritual realms. I am interested in spectatorships that arise for a public that is being presented with a performer’s personal experience.  How could I choreograph the production and reproduction of an ecstatic state within a performative context? Here is an example of the preliminary exploration of this subject relying on a hyperventilation breathing practice.

Another interest of mine is the political action potential of bodily performances. To be more specific, I would like to resist political wrongdoings in the state of Israel (according to my own political views) that have to do with civil and religious identities. One way of doing so, is by using the performative and symbolic powers of the body against the symbols of the state. Here is a link to the documentation of a political action I carried out in May 2013.