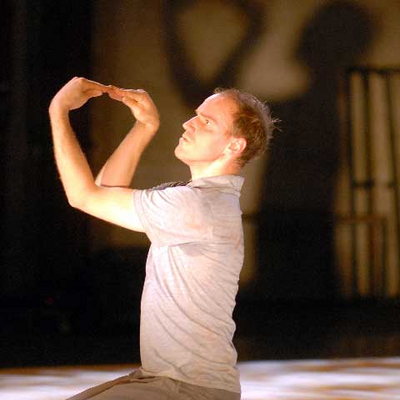 For quite a while, Martin Nachbar has been intrigued by what is commonly called the past. He has reconstructed dances of Dore Hoyer, who died in 1967. He has made a solo that deals with the traces dance does and does not leave. And he has made a duet with his father.

For his two-year research at the AMCh, Nachbar has chosen to work with questions around the intersection between imagination, performance and image. Halfway through his time, facilitated by encounters with peers, mentors and others, he has found that imagination is pretty close to sensation and that both of these are related to memory and its images. That all of them are related to movement and performance goes somewhat without saying, at least in the context of a choreography course.

In his second year, Nachbar was working on a series of three performances entitled ‘choreographic things, dancing’, trying to deal with his research questions.