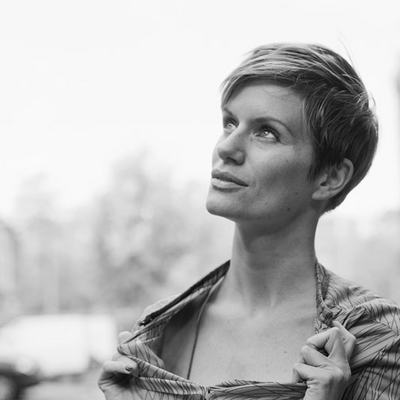 Margo van de Linde (1982) is a Dutch performer, writer and theatre maker who has spent much of her life living outside of Holland. She holds BA’s in performing arts and theatre studies.

Her initial interest in theatre stems from her involvement in improvised performances, ranging from large scale comedy shows to intimate concerts. This continues to feed and influence her work.

Since 2010 she has begun developing solo works. Third Culture Kid, which draws parallels between geographical homes and stage personas, premiered in 2012.

At DasArts she is currently researching techniques of seduction used in performance, both in theatrical and non-theatrical contexts. Last year this involved a study of Hollywood Iconography in Channeling. This year she focuses on the effect and affect of the verbal.

For more information go to: www.margovandelinde.com