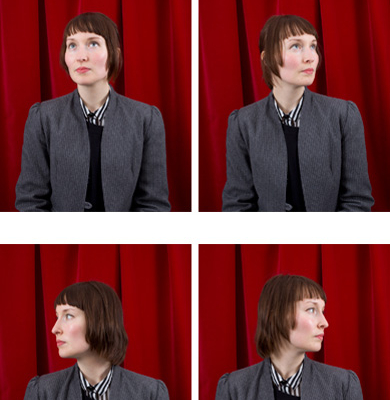 Sonja Jokiniemi (1983, FI) completed her bachelor in Dance at the Laban Centre in London. She was a resident at Daghdha Dance Company (Michael Kliën) and had a work and research grant in Kuopio (Finland). At DasArts, Sonja developed her artistic language from her drawing practice, creating solo performances around notions of language, embodiment and anthropomorphic objects. She creates miniature landscapes that she inhabits and animates. This process culminated in her Master Proof entitled “Oh No”, which “tackles the complex ways in which we try to make sense of the world around us. Both the performer and the objects map a catastrophic yet playful landscape, and communicate through rhythmical and repetitive structures”. In 2014 Sonja is was an artist in residence at the Saari Residence in Finland, where she began research for tow new projects: Hmm and Without an aplhabet. Hmm is co-procuded and supported by WorkSpace Brussels, Zodiak Centre for New Dance Helsinki, STUK Leuven, Dampfzentrale Bern, Kutomo Turku & ITAK. Hmm was presented at Les Urbaines festival in Lausanne in December 2014 and will make its Theatre premier at something Raw festival in Amsterdam. Jokiniemi currently works for the Helsinki city as one of the eight selected artists in a pilot project called HelCre.