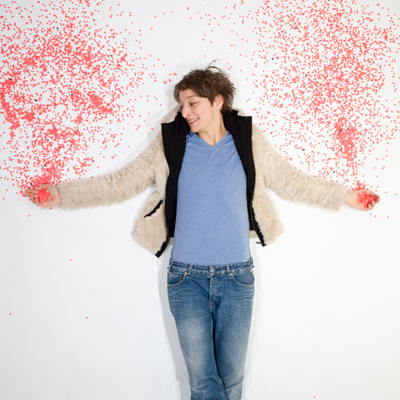 Since 1995 on I have been professionally working as a dancer (En-Knap, Ultima Vez), performer, choreographer and director in variety of performance art projects. I create my own work based in and collaborate with other artist in projects with shared authorship. My most widely acclaimed works are Campo de' Fiori, Debut, The End and recently premiered Bliss. From year 2001 on I was extensively engaged in different founding, research and educational activities. I collaborated with En-Knap’s Dance Laboratory.""

I co-founded and a co-programmed Agon – educational and research program for dance and I co-directed Cimet – project for mobility of young dancers in Central Europe. I co-founded Emanat - institute for the affirmation and development of dance art, based in Ljubljana, Slovenia. I also cofounded and was editor of Transitions, which publishes books on dance, as related to other arts and  theatre practices. In 2005 I received awards Zlata ptica, and Povodni moz.""

Mala Kline (1977, SLO) had a solid ground in Slovenia before she came to DasArts, as she had won several awards for her dance performances and started a PhD in philosophy. At DasArts she explored the notion and the practice of "presence", a.o. within the frame of Kabbalist dream practices. She developed a performative practice of dreaming based on affective and transformative performance of image. It's a way of using one's visionary faculties to produce presence and choreograph co-presence in a performative encounter.
Mala creates her own platforms. She founded EMANAT – institute for affirmation of contemporary dance in Slovenia, SOI Slovenia for dissemination of dreamwork throughout EU and Dreamlab - a mobile laboratory for research and development of imagery and dreamwork as related to performing arts. Currently, she is writing a PhD on ethics in performing arts at the University of Ljubljana and in affiliation with a.pass research center in Brussels. Mala tours extensively with her Master Proof “Eden”, which has received numerous award nominations and won the Audience Award as the best performance at Moving Cake 2013. For “Eden” Mala also received the Award of Ksenja Hribar for choreography in 2013.