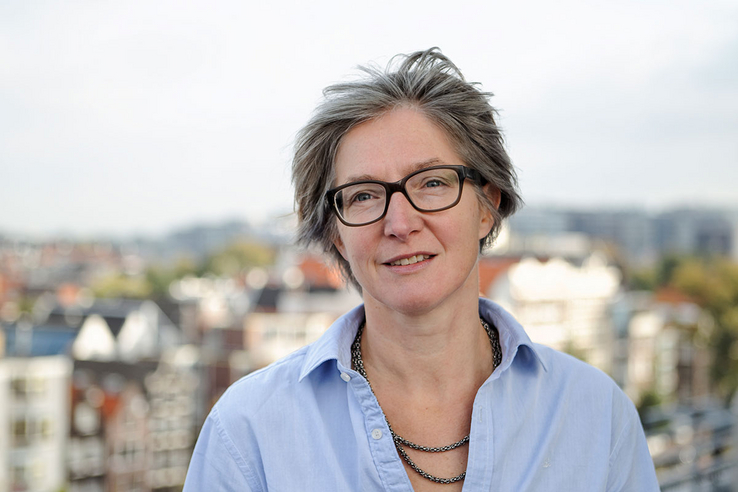 After 25 years at the Academy of Theatre and Dance / Amsterdam University of the Arts (AHK), on 1 July 2019 Marijke Hoogenboom will leave the AHK to take up her new position as the director of the Department of Performing Arts and Film at Zurich University of the Arts (ZHdK), one of the most important academies in Europe. The ZHdK offers bachelor’s and master’s degree courses to 2,100 students in the fields of design, film, visual arts, music, dance, theatre, transdisciplinarity, and teacher training in design and the arts. It is also renowned for its faculty-based research institutes and shared campus.

Since joining the Amsterdam University of the Arts in 1994, Marijke Hoogenboom has conceived and overseen many initiatives and helped found various departments – within our academy and across the university as a whole. In short, she is a born pioneer. Working with Ritsaert ten Cate she was a cofounder of the first graduate education for theatre in the Netherlands, DasArts, and its successor the DAS Theatre master’s programme, a department of the Academy of Theatre and Dance (ATD).

In 2003, Marijke Hoogenboom was appointed as professor at the AHK, a role that included leading the AHK’s supra-faculty Artists in Residence (AIR) programme. In 2012, she moved to the new position of professor at the ATD, where she founded the Performing Arts in Transition research group, now DAS Research. In this role Marijke heads all research conducted at the ATD and the DAS Graduate School. She is a member of the Academy Board and the chair of DAS Graduate School. In 2015 she played a decisive role in the founding and development of DAS Graduate School, home to the AHK’s master’s and doctoral programmes.

Jan Zoet, director of the Academy of Theatre and Dance, on Marijke Hoogenboom’s departure:
‘Marijke’s departure will be a great loss for us, but an amazing step for her! She is a pioneering figure who has accomplished ground-breaking work in the areas of research and development. She laid the foundations for master’s study programmes at the school and the Performing Arts in Transition research group. Marijke and I share a motivation to engage the school in reflecting on what art will mean for society in the future. I am hugely proud that Marijke has been appointed to this position at an art school of such stature, and one that is so committed to transdisciplinarity. Marijke will be leaving us on 1 July, but I am delighted that in the subsequent period she will remain involved in a number of important projects at the AHK, until they are completed.’