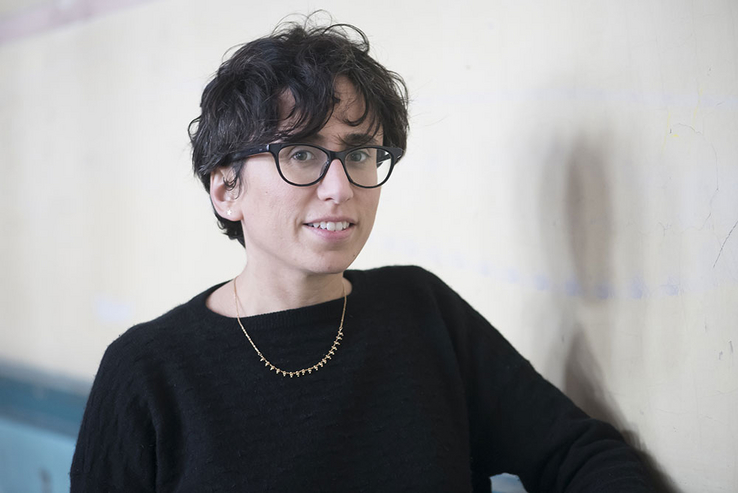 About Silvia Bottiroli
Silvia Bottiroli is a curator, researcher and organizer in contemporary performing arts. Silvia obtained a Ph.D. in Visual and Performing Arts at Pisa University.

Silvia Bottiroli is author of numerous writings about the XX Century and contemporary theatre and dance scene, focusing in particular on the political and ethical values of performance, the societal implication of artistic creation and spectatorship and the issues raised by curatorial practices and instituting processes. From 2012 to 2016 she has been the artistic director of Santarcangelo Festival, one of the most relevant contemporary performing arts festivals in Italy. Additionally, she has supervised diverse critical, curatorial and educational projects in collaboration with art organizations including a.o. SNDO School for New Dance Development in Amsterdam and Homo Novus Festival in Riga. She has worked as guest curator for the project “The May Events” in KunstenFestivalDesArts in Brussels and Vooruit in Ghent.  In 2017 Silvia Bottiroli curated the ten week study programme “Anywhere, Anywhere Out of This World” at DAS Theatre.

Jan Zoet, director Academy of Theatre and Dance:
‘In Silvia Bottiroli we have found an Artistic Director with a lot of experience as a curator and researcher in the international and interdisciplinary performing arts field. I am convinced that with Silvia we can continue to improve the high international level of DAS Theatre, that was achieved under her predecessor Barbara Van Lindt.’

About DAS Theatre
DAS Theatre is an international master’s environment for theatre makers and curators. It embraces a wide range of practices and calls for students with diverse talents and interests that are rooted in the making and/or directing of theatre, contemporary performance and other disciplines related to the performing arts. The programme enables people from various cultural backgrounds to question and learn from each other. It aims to educate artists who are capable of engaging with the rapidly changing professional field, intervening in it and contributing to their own sustainable practice.

DAS Theatre (formerly known as DasArts) has a long-standing tradition as a pioneer in alternative art education. Assessed as ‘excellent’ in 2014, it is now committed to further developing its qualities and ambitions in the context of DAS Graduate School. Recently, DAS Theatre extended its profile to include curators who are affiliated with the performing arts. However, the overall programme offers a ‘dramaturgy of learning’, where students define their individual goals and explicitly ‘own’ their learning process.