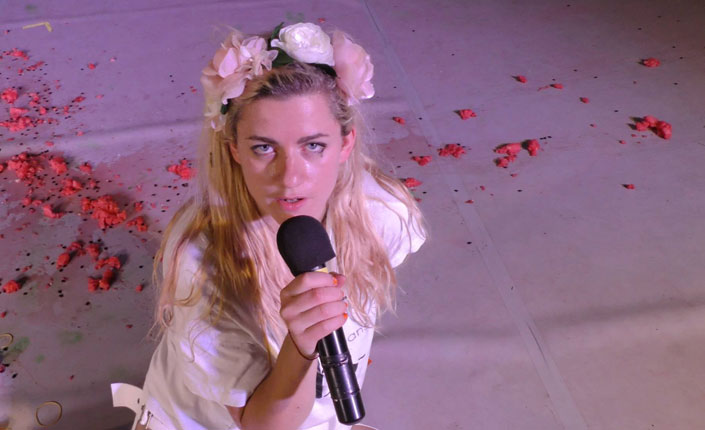 Congratulations to Florentina Holzinger! Her recent work Apollon has been nominated for the prestigious NESTROY Award 2018, category Special Prize.

''...And above all Apollon is a consistent, radical taboo break. A calculated border crossing, which hurts in every way, but also shows what performance art can do. Once you've seen Apollon, you'll never forget those pictures (and their emotions). That's great art. (Peter Jarolin, jury member).

A big shout out to Florentina!

Winners will be announced during the award ceremony. 17 November. Vienna.