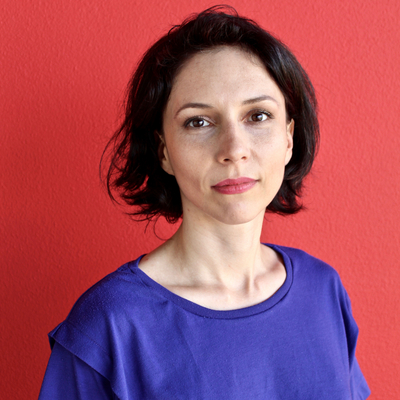 Bojana Bauer is a dance- and performance dramaturge and theorist. She received her professional dance training in Belgrade, where she participated in the National Theatre Ballet. Bojana studied dance theory and aesthetics at the Université Paris 8. She is currently employed as a lecturer/adviser at the EX.E.R.CE CCN in Montpellier and at the Université Paul Valéry in Montpellier. Bojana was employed as producer for the Alkantara Festival in Lisbon from 2004-2006. She lives in Paris.

Bojana regularly gives lectures and takes an active part in open debates at installations such as the National Academy of the Arts in Bergen (Norway), the former DasArts (now DAS Theatre) and at various academic symposia. As a dramaturge, she has collaborated with choreographs such as Latifa Lâabissi, Vera Mantero and Mário Afonso, and with the performance artist Pedro Gomez-Egaña.
Bojana Bauer has published several essays and literary works for – among others - Repères, The Walking Theory, mouvement.net and Performance Research.