Some appearances in the midst of things 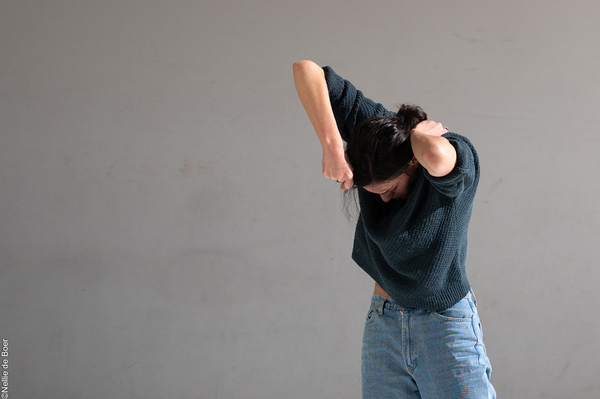 While studying in Centre de Développement Chorégraphique de Toulouse (France), Annabelle and Yannick discovered a common interest for a presence that shows the inner journey of the dancer. After being apart for a few years, Annabelle dancing for companies and Yannick experimenting in SNDO, they recently started a collaboration to explore this shifting state. Together they want to challenge it by setting a choreography that could embody this constant change and reveal its instability at the same time.

Some appearances in the midst of things is an exploration of the passage from one figure to another - a desire to shed light on the moment of vertigo that inhabits the space of transition. They seek, by filling themselves with this fall, the encounters made along the way - the bodies, stories and memories that cross them.
(work-in-progress)