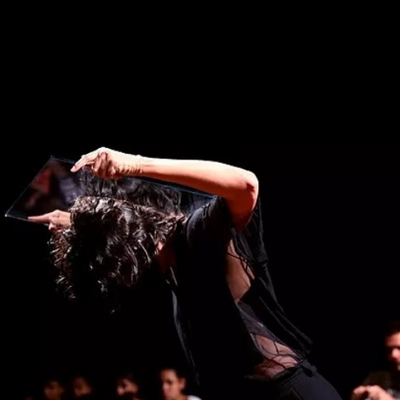 I`m a brazilian artist, based in São Paulo in movement between Lisbon and Amsterdam.

I work as choreographer, performer and art educator.

My artistic practice has been focused on the emergence of movement with interest in investigating non-hierarchical relationships between perception, imagination and physicality. I'm interested in contexts involving a practice of the interdisciplinarity among knowledge situated in the frontiers between art, therapy, philosophy and politics such as: contemporary clinic in mental health, principles of somatic education, decolonial philosophies and cultural studies.

I studied at UNICAMP, Campinas State University (BR), for a Bachelor in Dance and Arts Education [2006-20110] and did a master's Degree in Arts of the Scene [2013-2014] at the same school and supported by FAPESP and Lume Teatro. I did the 4th Program for Advanced Creation in Performative Arts [PACAP 4/Fórum Dança] in Lisbon (PT). I`m finishing my studies in Professional Formation in Eutonia at the Brazilian Institute of Eutonia in São Paulo, BR [2018-2021].

I`m a member of the Grupo VÃO since the formation of the collective in 2009 where I work as co-director and performer in choreographic works and in the management of artistic research projects in dance. The most importants creation by Grupo VÃO is “FIM” [2018]; “No Hay Banda é Tudo Playback” [2017]; “Move Cover” [2016]; “Quem com porcos se mistura farelo come” [2013] and “bando” [2011].

As a dancer and performer I have been working in collaboration with other artists, choreographers and researchers, having worked with Nuno Ramos, Marcela Levi & Lucia Russo, Clarice Lima, Renan Marcondes, Holly Cavrell and others.

I have been interested to look at the enchantment skills of the individual and collective body, betting on an idea of health as a nonbinary experience between life and death, and therefore a tragic, pulsating, unstable and necessarily dangerous experience.

I am interested in transiting through the wisdom of the boundary between art and care, between creative processes and "healing" processes, wondering about a way to inhabit perspectives that are simultaneously traversed by a "state of art" - which would be listening to a certain "inner trembling" - and a "state of clinic" - which would be about the temporary cessation of this same trembling.

As a bewitched practice and with the goal of launching the body into speculative experiences through movement, I`ve brought with me as a provocation some po(ethical) and political statements such as: How to compose a choreographic writing and/or a bodily vocabulary that is compromised with an incarnate imagination in a state of birth and sacrifice at the same time? Which are the bodies that care for and have always cared? From when, why and how has care become property of the patriarchal, heteronormative and medicinal logic?

These interests have as background my experience acting as artistat A Casa Institute in the city of São Paulo, Brazil, where since 2015 I take part in the coordination as a co-director of the Open Theater and Clinic Group, a dispositive that inhabits the border between performative art with people in a context of psychiatric care.

I`m wondering about how to radicalize an expanded thought of choreography interested in confusing, embracing, disrupting and, with that, unmaking binarisms such as health x sickness, weird x normal, medicine x poison, therapy x art. This research has a premisse to look at the choreographic craft as a political field compromised with a process of enlargement of the imaginaries of abnormality and queerness, betting in the process of recomposition and plasticity as a witch practice of disenchantment.