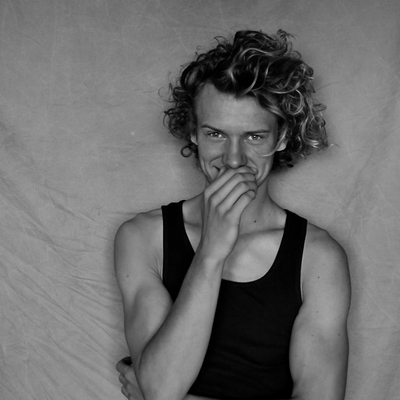 About me
I was born on a Tuesday morning 9 past 9 on February the 9th, 1999. I grew up in a small village called Honselersdijk, somewhere in the south-west of The Netherlands near the forest and the sea.
From a young age I already had the ambition to work in the theatre. At the age of 10 I performed in various operas and performances. When I decided to go to the “big city” I came across the Theaterklas (theatre high school), a collaboration between Dalton The Hague and RABARBER; every Friday lessons on theatre, singing and dancing for five full years. During this period there have been several productions on RABARBER which I performed in. I became acquainted with the full-time theatre life when I attended the theatreschool Utrecht pre-course. After a full year of workshops and new insights I was accepted at the Mime school at the Amsterdam University of the performing Arts. An education to become a physical actor with a great focus on making and your unique personal style. Where I’m graduated in August 2021.

Performer, mimer & theatre maker
The concepts performer and maker are very close together for me. I would call myself a “makende speler” (performer with a big vision on making) (a concept within the mime with which I can connect well). I almost always perform and create from playing, building from what is now. In practice I rarely sit down at the side and think for a long time, I try things out immediately. As a player I desire to find my own logic on the stage.

I’m trained quite diverse. Before I started the Mime education in 2017, the focus was mainly on “traditional acting”, text and music theatre. At an early age I got in touch with various theatre classes, performing in operas and productions.

During the Mime education I became more interested in the physical aspect of acting, I started to delve into my body with its possibilities and limits. I have been given the opportunity to research and develop my vision regarding theatre(making). I participated many different movement classes such as posture, Corporeal Mime (mime technique), acrobatics, Kung Fu, Chi Kung, yoga, partnering, Laban and other forms of dance. As a constant guideline, I participated various acting, text, mime and theory classes during the first three years.

Added to that, various projects with makers from outside of the school, makers of the Directing-education and my own projects.