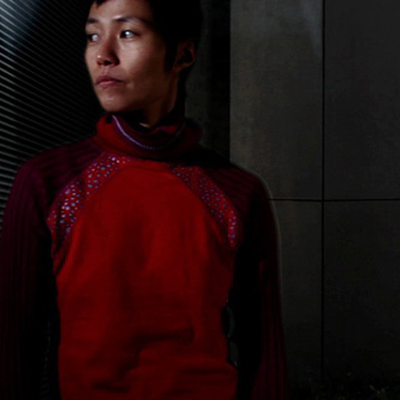 When a human is born, the first action he/she does is screaming or crying very loud. If he or she does not do it, it means the baby is dead or has some problems. So scream could be seen as the most natural act of a human being.

The two years of research at DAS Choreography will be about ‘scream’: scream seen in society and the experimentation of the physicality of it.

After a human grows up, screaming becomes a taboo. Also, a scream has a negative meaning according to the public manner or political attitude. Especially, a woman’s scream has a relation to images reminding us of psychotic, crazy, hysteric and aggressive behavior or state. Although, scream is an expression of an intensive emotion through the sound, for example voice, accompanied by physicality and body tension. Scream comes usually out of anger, pain, scare, excitement, fear and happiness.

Then Su-Mi starts to think, what kind of  state enables freedom in its maximum in our society? How much of a taboo is screaming in our life? Can we limit or define expression in a multicultural society nowadays? Scream is a material to experiment and research for all these questions.


BIO
Su-Mi Jang (1973) was born in South Korea. She is a choreographer, dancer, improviser and teacher based in Berlin. Her ongoing research is to consciously engage herself with movement, anatomical knowledge, voice and perception in space. It has started from concrete physical words like dropping, moving bones, sensing skin... and ended up by analyzing different body and mental states such as the conscious, the unconscious, memories and imaginations. In her work ‘Philia(2012)’ she explores the transformation of her (female) body into that of a Korean teenage girl. ‘Tuning(2014)’ deals with the embodyment of other identities for example such as that of a male rockstar which do not belong to her normally.