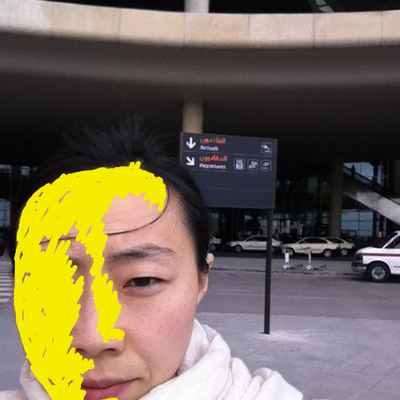 Hyoung-min works intuitively and in a sense, irrationally. She trusts her intuition, but at the same she questions what she has been trusting during the process and tries to leave the question on the stage rather than finding the answer.

How can one fully describe the human condition on an artistic level?

This is the question that has been driving her artistic work. She puts her focus on the lives of refugees and human desires for safety, protection, security and home. As a consequence, she has examined politically motivated forms of intimidation towards very basic human needs. She opened a dance-like cluster of expression for the human will to live and survive.

She seeks to enter a new chapter of work with the concept of ‘unconditional dance, unconditional situation’, in which she examines her body as institutionalized and formed by her education and experiences. How can we interpret the unconditional dance? Is this question an effort to free herself from her pattern of movement and habit? Or is it another way to create her own pattern?

Hyoung-Min Kim´s work is located on the edge of dance, but refuses to be categorized unambiguously. It is dedicated to a major discourse and reveals its preliminary answers as expressive physical performances, full of poetry, provided with the ethic to stay true and honest.

BIO
Hyoung-Min Kim(1980) is from South Korea. She is a Berlin based artist.
She studied at the Korean National Dance University, the school of Art and came to Europe 2002. She has shown her work at the Düsseldorf Tanz Messe, Theater Winterthur in Switzerland, Rote Fabric in Zürich, Pact-Zollverein in Essen, Melkweg in Amsterdam, SIdance festvial in Seoul, Projecttheater in Dresden, Das Theater LOFFT in Leipzig, Spring wave Festival in Seoul, Schwankhalle in Bremen and other places. She have been awarded by Korean critics with the ‘Best Piece of the Year 2014’ with her work ‘Gelbe Landschaften’ and ‘The story of those who left’. She has  worked as a dancer and performer