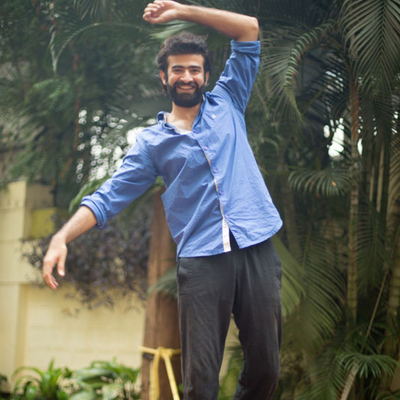 If you are looking for a space to reflect on your artistic practice and develop new way of thinking about contemporary arts & the world we live in now, DAS Theatre is the Intersection.

Abhishek Thapar is a theatre maker, performer, puppeteer and teacher from India. He holds a post-graduate degree in Creating Theatre and Performance from the London International School of Performing Arts (UK).

In 2013, he founded the theatre company Three Ring Circus, where as an artistic director, he has developed two projects: The E-Story and #kthanksbye. Simultaneously, he has been performing in productions The Balancing Act by IAPAR and Krishna’s Elite by Flinntheater. Both productions have toured at theatre festivals and venues in India, Sri Lanka and Germany.

Thapar is one of the core-founding members of International Association for Performing Arts and Research (IAPAR) and International Theatre Institute (ITI, India Centre) based in Pune. Pedagogically, he creates theatre programs for colleges and universities across India i.e. Symbiosis School of Liberal Arts (SSLA), Foundation for Liberal Arts and Management Education (FLAME), Film and Television Institute of India (FTII) and Indian Institute of Management (IIM, Bangalore).

I plan to continue my practice as an autonomous maker and slowly creating my base in Amsterdam.

My home at the Intersection