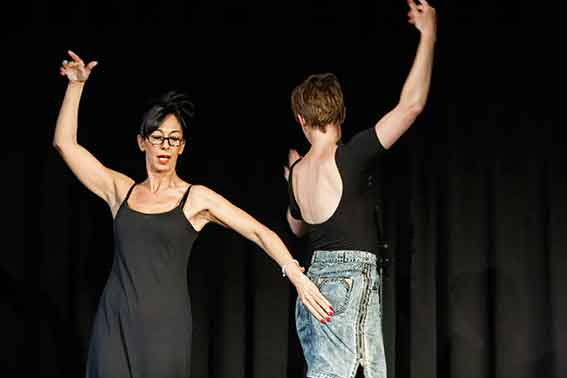 Translating Lola is a live talkshow, a double portrait and a game. Two women who work in the arena of sex and seduction translate their roles. Amongst many other things, Margo is a theatre director, a young woman, an ex-stripper, a romantic. Amongst many other things, Lola is from Andalucía, an ex-criminologist, a  prostitute, a mother. They met by chance the day they caught each other framed by the glass of a camera phone and a Red Light District window.

For the past year they have been working together via a translator to explore their positions towards topics such as sex, power, desire, ethics and womanhood. The performance has in part taken the form of our first encounters: sitting around a table discussing the things they care about. They take this table as the heart and move from there into different spaces and types of play that represent and challenge their beliefs.

Some moments are scripted, others are improvised. All of them have in common that they will continue to be shaped under the influence of where life finds them. Translating Lola is a document in constant transition.