DAS Theatre has invited Silvia Bottiroli to curate the Block Anywhere, Anywhere Out of This World, a ten week study programme. Philippe Quesne, Christophe Meierhans, Zapruder, Mårten Spångberg, Daniel Blanga-Gubbay and Livia Andrea Piazza are some of the guest teachers who will be working with the students. 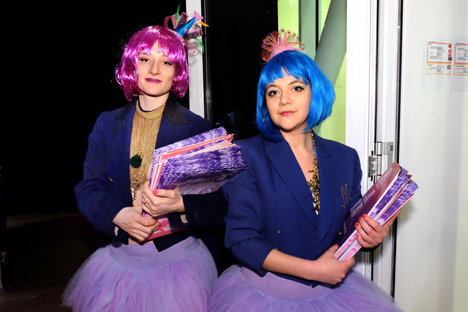 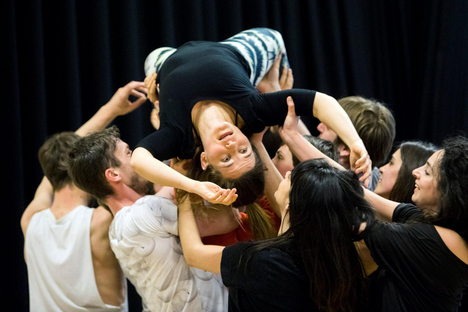 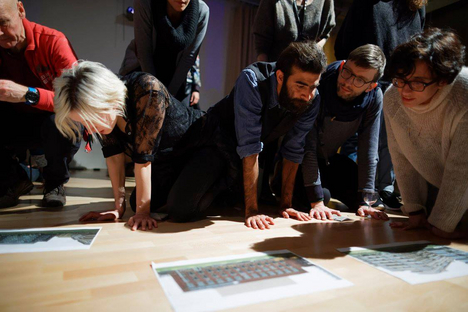 Anywhere, Anywhere Out of This World

Anywhere, Anywhere Out of The World is the title of an exhibition by artist Philippe Parreno at Palais de Tokyo in 2013, but this sentence first appeares, just slightly different, in a short text by Charles Baudelaire, where the poet imagines a dialogue between him and his soul about the desire or obsession to move and change his position, in life and within the world. ‘It seems to me that I should always be happier elsewhere than where I happen to be, and this question of moving is one that I am continually talking over with my soul’, writes Baudelaire, who asks several times to his soul where she’d like to go. He proposes Lisbon, even Holland, and other more exotic and tempting destinations, but doesn’t get any answer till the moment where the soul finally cries out ‘Anywhere, anywhere, as long as it be out of this world!’.

As an invitation to move anywhere, anywhere out of this world, the DAS Theatre block is a call to a journey into the territories of fiction, of the fantastic, the imaginative, the utopian, the invisible. A call to experiment a radical imagination: to let go to the so called reality, the world as we know it, and to dive into fictional universes, beyond critique and pure fantasy and towards an attitude of prefiguration.

In fact, art is the realm where narratives are produced and shared; where different worlds are imagined and navigated; and where reality is traversed with a spirit of attentiveness to what is not there, to what is not present but possible – which is to say, to what is merely present as a possibility. Claiming the potentiality of fiction also implies a leap of faith into art as a form of reflection and speculation that has a value per se and that doesn’t necessarily generate something else, yet has a strong bound to the construction and the institution of reality.

Liberated from any function and disconnected from a binary relationship with the existing narratives, fiction becomes thus a space for radical imaginal practices, and the art school a frame where it’s possible to shape the current and future world and nurture an individual and collective capacity to cultivate hope and to think the world anew.

The block will be articulated into different axes, developping complementary trajectories of this research question, and is conceived and designed in dialogue with some artists and guests, who will lead them and propose different kinds of practices, forms of reflection, devices and adventures. The dramaturgy of the ten weeks is conceived in order to allow the participants to dive into some artists’ worlds, theoretical landscapes and practice, and to navigate them as a whole, following different waves, letting them encounter our path, creating interferences.

Philippe Quesne will start his workshop by a distinctive trait of his theatre: the creation of other (im)possible universes, parallel worlds, alternatives to the current narrative, yet able to affect the so-called ‘reality’. Working with space, construction and temporary architectures, he will articulate his workshop into two sessions, one in Amsterdam and one in the theatre he runs in the suburb of Paris, Nanterre Amandiers, where we will also engage in a cross-course work session with the students of SPEAP, the Programme d’Expérimentation en arts et politique directed by Bruno Latour at the University of Sciences Po. Pictures.

In the second part of the block, alternative forms of generating change will be explored with Mårten Spångberg. The notion of pre-figuration is correlated to notions of aesthetic experience and to layers of fiction, or imagination. It is in those interstitial sites that contingent change can take off, and it is this space that will be explored with the practices of auto-fictional writing and of dance.

If we understand prefiguration as ‘a regime of attentiveness to what is not present, a mode of relating to what is merely present as a possibility and of engaging in a specific kind of imaginal activity’ (Chiara Bottici), it may also be a conceptual tool to tackle and redefine the politics of artistic practice.

Christophe Meierhans’ research interests revolve around the possibility of using art as a form of speculation about reality and of making choices, in the artistic realm or under artistic conditions, that can affect reality and have consequences on it. For the block, he proposes an artistic undertaking which aims at bringing Money (an entity that, as is often said, rules the world) to court. The workshop will thus explore possible means to use the fictional framework of the theatre in order to generate a real legitimacy for such an unorthodox tribunal.

Zapruder filmmakersgroup is a collective of independent film artists, interested in researching the technologies of the image and of the gaze and in investigating the conditions of representation and vision. Their proposal for the block, titled ‘Fine della Specie’ (‘End of Species’) is an invitation to consider a particular cinema work as an escape from genre, format and the contemporary. The unfinished movie Que viva Mexico! by Sergei Eisenstein will be the starting point or rather the landscape for a practice that deals with a basic, pivotal question: What happens when we watch a film? And how, as artists, can we deal with an existing, yet open and unfinished material and imagery? What can montage be about, as artistic device? Click here for pictures.

The block will be accompanied by a line of work about Fictional Institutions, conceived and conducted with researchers Livia Andrea Piazza and Daniel Blanga-Gubbay, and enriched by the participation to the symposium “The Fantastic Institution” at BUDA and by a couple of curators’ seminars, hosting among the others Gundega Laivina, director of Homo Novus Festival in Riga.

“Fictional Institutions” starts again from fiction to tackle institutions: can we think of them as a space of action, reflection and production rather than dismiss them as symbols and agents of a power system? If every institution is fictional to the extent that it is a social construct created by human beings–and it is often treated by them as if it was a natural phenomena–creating a fictional institution could be an action that can have consequences on our reality.

Silvia Bottiroli is a contemporary performing arts curator and researcher, and also mentor of the block Anywhere, Anywhere Out of This World. Phd in Visual and Performing Arts at the Pisa University, she is author of numerous writings about the XX Century and contemporary theatre and dance scene, focusing in particular on the political and ethical values of performance, the societal implication of artistic creation and spectatorship and the issues raised by curatorial practices and instituting processes. From 2012 to 2016 Bottiroli has been the artistic director of Santarcangelo Festival, one of the most relevant contemporary performing arts festivals in Italy.

In the frame of the block 'Anywhere, Anywhere Out of This World', a series of seminars with contemporary performing and visual arts curators are held at DAS Theatre, in order to confront some issues about curating, rethinking or imagining art institutions, and creating spaces for collaboration between art organizations and artists.

The seminars are intended as a moment of sharing, debate and work triggered each time by the presence, thoughts, questions and concerns of one figure. The guests are asked in particular to explore –with students and participants– how their curatorial practice is affected by the notion of fiction or fictional attitudes and how the curation and production of art projects can cope with the limits of the possible. What is the definition of an impossible or utopian project? How does curating set conditions for the impossible to happen? What space of sharing or overlapping practices exists or can be created between art institutions and artists?

The first seminar, on 25 January, will host Silvia Bottiroli herself, contemporary performing arts curator and researcher and also mentor of the block 'Anywhere, Anywhere Out of This World' at DAS Theatre. Phd in Visual and Performing Arts at the Pisa University, Silvia Bottiroli is author of numerous writings about the XX Century and contemporary theatre and dance scene, focusing in particular on the political and ethical values of performance, the societal implication of artistic creation and spectatorship and the issues raised by curatorial practices and instituting processes. From 2012 to 2016 she has been the artistic director of Santarcangelo Festival, one of the most relevant contemporary performing arts festivals in Italy.

The second seminar hosted by Gundega Laiviņa will invite to share, imagine and discuss artistic and curatorial practices and interventions in the city creating temporary moments where pre-invented world is erased and intimacy reclaimed.

Gundega Laiviņa runs the New Theatre Institute of Latvia and is an artistic director of the international theatre festival Homo Novus. She has studied music, theory of culture and social anthropology. In 2011 and 2015 she was a curator of Latvian exposition at the Prague Quadrennial of Performance Design and Space; from 2010 till 2014 she was a member of the artistic board of ‘Riga – European Cultural Capital’ being specifically responsible for site-specific initiatives and artistic practices involving non-professionals.

Curator’s Seminar #3 is a moderated conversation between the two guests, revolving around some questions such as: how do you create the right context for the work you present? How do you deal with the power relations of “institutions” (being one but also dealing with others)? How do you make your decisions in what has urgency to be presented? 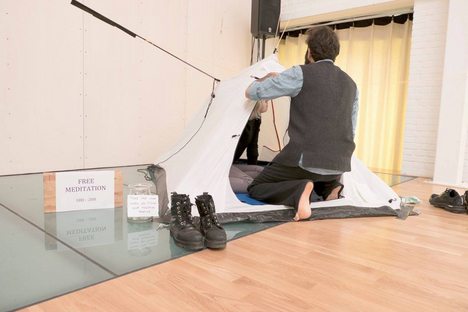 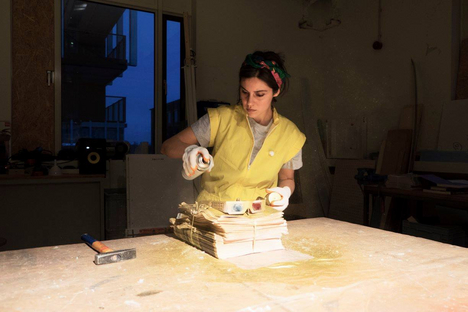 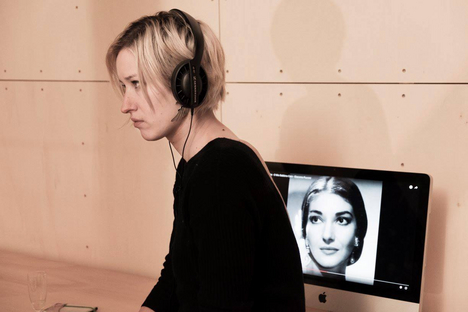