We are moving northwards! 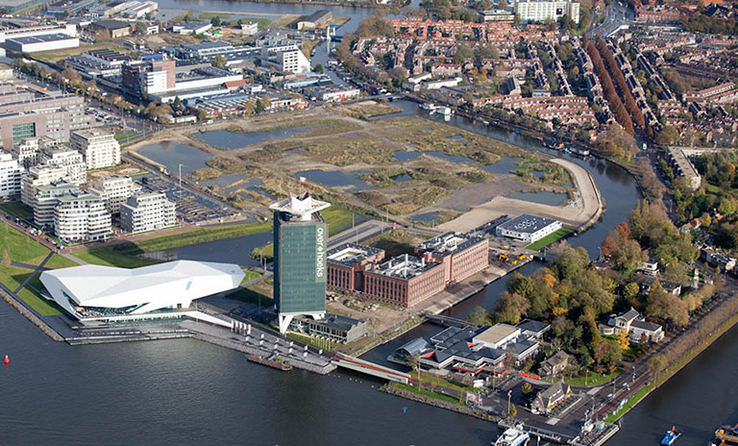 The former Shell Grootlab in Overhoeks (Amsterdam-Noord) is to be DasArts’ new home. Together with the Amsterdam Master of Choreography and parts of de Theaterschool’s educational programme, we will soon be moving in and starting work.

We are very much looking forward to our new accommodation, and to being part of the developing and dynamic area around the Overhoeks building.
It is with considerable sadness and pain in our hearts that we are saying farewell to our building on the Mauritskade after ten years, but we are excited by the new opportunities and collaborations that beckon to the north.

The Marathon presentation on June 14 will be the last public event in the Mauritskade building. After that, we will be moving to a temporary location in north Amsterdam (to be announced at a later date) until the former Shell Grootlab is ready for take-off.

The Grootlab is in an interesting location for the AHK, which is aiming to take up a high profile position in this creative area of Amsterdam, with many (artistic) institutions as inspiring neighbours, including the EYE film museum, the Tolhuistuin arts venue, ID&T and Dansmakers. Conversely, the school can make an important contribution to the neighbourhood, which is constantly developing and is regarded by students as exciting and challenging. Broedplaats A Lab will be AHK’s next door neighbour in the Grootlab.

From 2003 until today, DasArts has been located in a historic school building near the Oosterpark, close to Amsterdam city centre. Before this, from 1994 to 2003, DasArts was located in various buildings at the Westergasfabriek in Amsterdam-West.