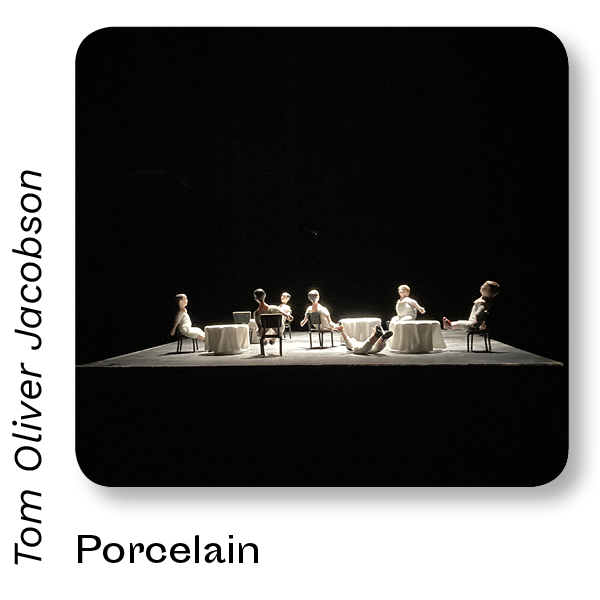 and they were afraid that the tools of killing would one day be taken up in their vicinity – and from one day to the next: dry account, bad credit, bad breath, and a lot to lose: friends, career, property, even their life.

but they never feared that those same tools would be picked up and used, even with a certain pleasure, by themselves.

long after their time, and after their archives had been lost, what remained in memory was a cabaret, hosted by the ones who remained– a reenactment of their values, failures, joys and conversations, the acts they loved, and the acts they forced onto others. the guests are invited to temporarily sit in the chairs of the Immunes, to live out their forgotten pleasures, if only for a night.

As a theatre maker and curator, Tom Oliver creates immersive works to present temporary glimpses of worlds outside of the dichotomy of utopia and dystopia. As a strong critic of the notion of capitalist realism and
its assumed universality, they believe that immersive theatre can offer ephemeral other worlds that serve as a multi-layered tool for an embodied imaginary. Artistic director and co-founder of the performance collective Tlön (2015-2019), and the recurring performance conference Human Life Center (2017- 2019). Recurring performer in the award winning performance company Sisters Hope (2015-) Co-conspirator for Current: A Space in Amsterdam together with Pankaj Tiwari. Currently active with the tentacular institute DUST (2020-). Tom Oliver Jacobson Porcelain