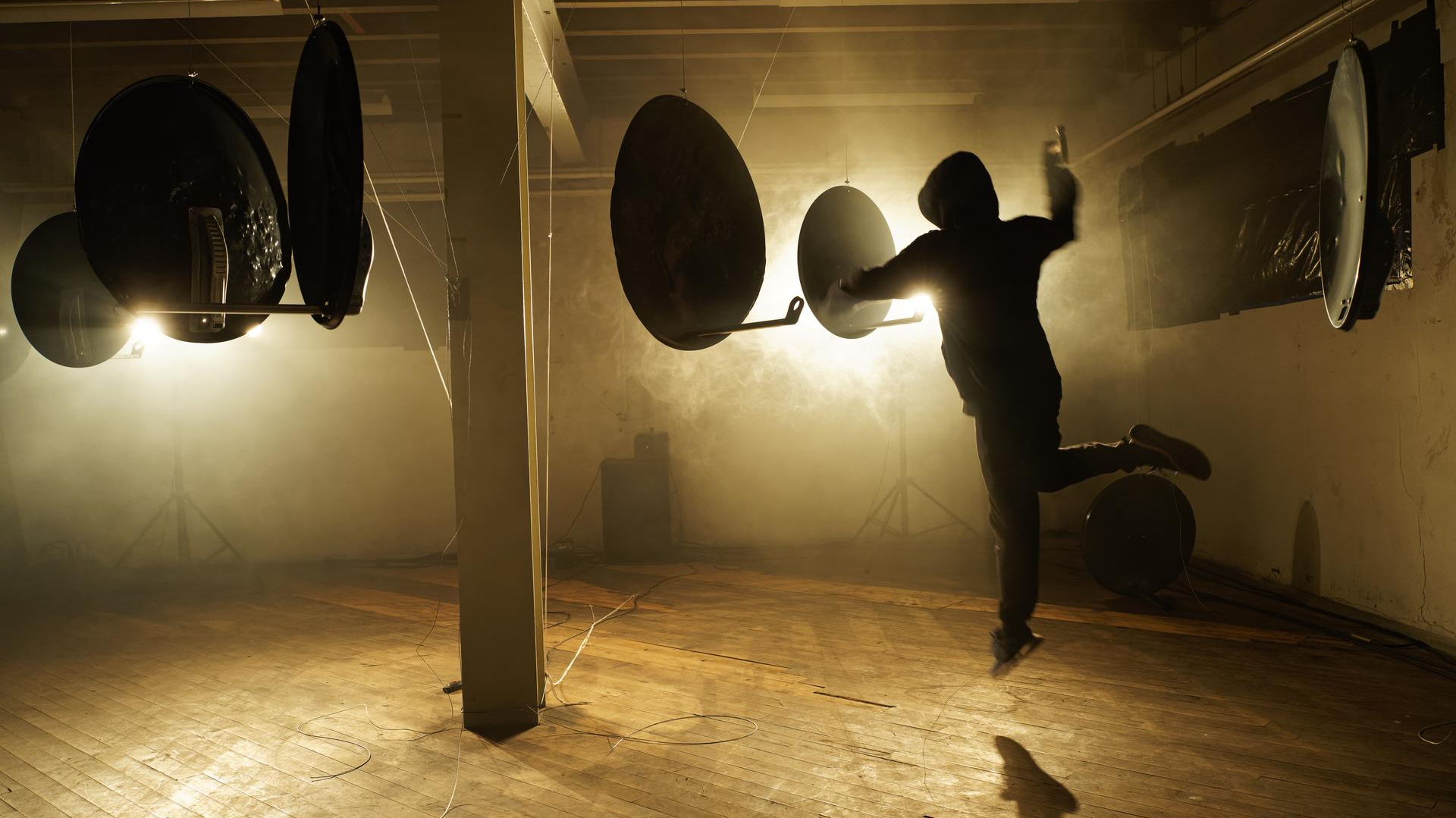 What is worse, not seeing or not being able to close your eyes?

Mutilados reflects scenically on the meaning of mutilating an eye in a world that seems to become more ocularcentric every day. The play asks why someone thinks he has the power to shoot another citizen in the eye? And then, what does a country that has lost 480 eyes lose?

The research is an interdisciplinary experience, developed from the testimonies and stories of those who lost part or all of their eyesight at the hands of the police during the 2019 social upheaval in Chile.

The play proposes putting on stage the stories of those without a right to govern, bodies that fighted desperately to survive. Bodies that dreamed of an opportunity for dignity, and stood tall on the front line to fight because they had nothing to lose.

Luis Guenel and his group Teatro Niño Proletario have created one of those shows that was alive for more than ten years. "El Otro“ – based on a photo essay of Paz Errázuriz – mixed and matched languages, forms, styles, methods, processes. Non-normative bodies and thoughts, non-conventional durations, atypical rhythms and much more, are all part of the formal repertoire of not only this show, but can be read as a symptom for the whole work. Unravelling and chewing slowly on questions around identity, memory, history – private, personal as well as territorial – the work pinpoints crucial contemporary issues, such as the sovereignty of interpretation or the idea of political environments being automatically ones of exploitation and accumulation. Yet it never forgets one thing: the human being and its fragility is at the centre of everything that can be perceived, experienced, lived.

Luis Guenel has not only been creating and touring successfully, but also twisted his take on arts locally, when he invented the Performing Arts Festival Cielos del Infinito in his home region of Chilean Patagonia in 2007. Not in the centres but in the peripheries lies the future of the performing arts, probably, maybe. This step was a logical consequence of his engagement with the marginalised, people as well as stories and landscapes. His unique language and approach promise to foster beautiful projects and show new ways and ideas on how to collaborate internationally next to, or better in addition to, the centres and the capitals. Currently he co-directs the collective CUERPO SUR with Ébana Garín.

Anyone who needs to be credited. DAS Staff will already be credited in the colofon at the end.