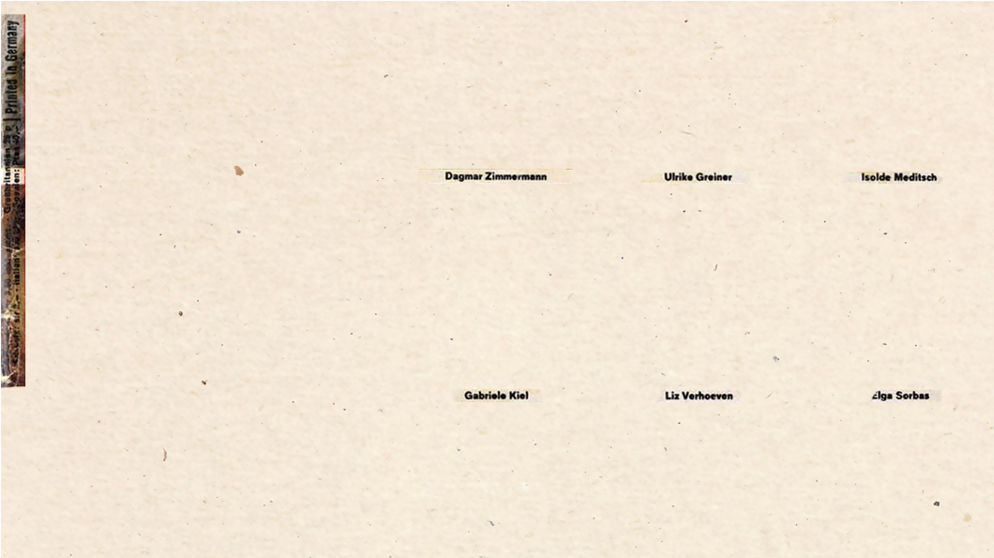 She was a friend of someone else

This project started in a country where women have limited access to sexual and reproductive health and where abortion is now illegal. Their rights are being taken away from them. The project started with the idea that women could come together and, without shame or fear, publicly manifest that they have had an abortion, and that this collective act would change/influence the law.

It could be an activist success story. But: She was a friend of someone else is a story with too many beginnings and not enough endings – and an exhausted narrator.

​​​​​​​Gosia Wdowik (1988) is a theater maker and active member of GILDIA (Union of Polish Theater Makers). Her heart is based in Poland but her imagination is always somewhere else.

In Das Theater, she works with the topic of burnout and explores the space between exhaustion and agency by implementing methods from activism into her artistic practice. Her main question is: how to create change/theater from the place of exhaustion?

In her recent performances "Shame" (Nowy Theater in Warsaw) she explored social shame connected with working-class origins in three generations of women in her family.

In the past she created works like "If you lived here" with Tamara Antonijevic in Mosenturm in Frankfurt. She collaborates with K.A.U kollective. Together they created performances such as "Transit Monumental" (SpielArt Festival in Munich), "Fiasko" (Staadtheater in Darmstadt) and “Return of Goddess” (Sophiensaele in Berlin). In performances "Girls" (Theater Studio in Warsaw) and "Football players" (TR Warsaw) she deals with the topic of the emancipation of the body.