“ ‘Friend’ and ‘free’ in English… come from the same Indo-European root, which conveys the idea of a shared power that grows. Being free and having ties was one and the same thing. I am free because I have ties, because I am linked to a reality greater than me.”
- The Invisible Committee

Welcome to the festive annual ritual that marks the conclusion of our master programmes! Over the course of five days at four locations, fourteen artists in the fields of Theatre and Choreography will present their work.

Rather than singling out the achievements of particular individuals, this programme offers an encounter with a group of artists who – over the course of two years and across programmes and year groups – have engaged in conversation - inquisitive and critical - and collaboration. DAS Graduate School has become an environment in which students, researchers and guests meet and mingle.  A place where affinities, friendships and artistic constellations are formed and also challenged.

This programme aims to celebrate these relational support structures, which are as important as the artistic insights of each of the graduates. Come and join us!

The DAS Master Presentations '18 will take place at the following locations:

I have been working already for a year in a neighborhood of Amsterdam Noord called “Vogelbuurt”. I was the other to this new place, the foreigner who is here to learn, talking my clumsy dutch, wandering around, getting lost at times. I found guides, who helped me direct my gaze through their stories and routines.

On the 30th of May, I invite you to celebrate this everyday work with us through the inauguration of 5 monuments inspired by the different guides I followed along this year. Those monuments are humble and down to earth, they are what they are, a tribute to aging, daily work, home. A tribute to the familiar others, the unheard stories, the displaced. A tribute to the maintainers, the care takers, to the neighbours.

A tribute to Vogelbuurt and its humble heroes.

The piece is a conversation between a young woman, who happens to be a theatre director, and Three Sisters, who happens to be a 20th century play. They met a long time ago and have postponed this talk for years. They will bring their thoughts and experience on potential, desire, imagination and absence to the table.

Theatre for Magdalena: Three sisters is based on A. Chekov's play.

In the past months, I have been inviting people to share 2 hours in the studio with me, without knowing the purpose of our meeting. These micro-encounters happen on a micro scale of time, space and expectations. At the root of this practice is the desire for living something together. In order to share the practice of the micro-encounter, I will present a living archive in two parts:

The shadow cast upon the ground composes your questions. Installation created in collaboration with the sound artist Molly Macleod. A soundscape to dwell within the compost of all the micro-encounters until now. 30 May, 1 & 2 June

Workshop. A collective encounter to meet a range of the practices that have informed the micro-encounters. An event to explore micro-decisions of acceptance and trust, of negotiating proximity, care, fear, expectations. (Bring comfortable clothes for movement.) 30 May & 1 June.

Cases of a practice of being neither inside nor outside, but rather opening ways out of laws, rules, common sense, expectations, frustration, suffocation.

INSTALLATIONS /// 30 May, 1 & 2 June
Redemption - Exhibition
Evidences of a curious process of juridical alchemy.

The Love Stories Donation Desk - Durational performance and open archive
An open office for lovers to donate their stories.

On Ways to Exit a Theatre - Installation
A list of propositions for precisely what the title says.

PRESENTATION /// Saturday 2 June
What Happened To Me. A video work gathering perspectives over an alleged violent event - all through the voices of people who weren't there but heard its story. Film screening.

Smoke and Mirrors
“Let there be a chamber wherein no other light comes, unless by the door or window where the spectator looks in. Let the whole window or part of it be of glass, as we use to do to keep out the cold. But let one part be polished, that there may be a Looking-glass on both sides, whence the spectator must look in.” Read more about Smoke and Mirrors

You are welcome to sleepover with us after the last show, Smoke and Mirrors, or join us at 04:30 the following day in the field next to DAS Graduate School. If you want to sleepover, please bring a mat and blanket. Register: dasgraduateschool@ahk.nl

My reclaimed word for the 21st century is Liquid- specifically starting from thinking about my own life and attitude to fixity, and developing an ongoing artistic research around fluid substances- with thickened and coloured water, with gravity, ropes, pumps, sunlight, snow, rain and sometimes people. My second reclaimed word for the current times is Angel- specifically in relation to constant movement and change inherent in life. Michel Serres’s understanding of angels as messengers had a profound effect on this work. The performance is a result of me putting these two, at first sight, unconnected categories of knowledge together and insisting on their resonance.

Veronica is an institution and conspirative space for performance in Amsterdam; run out of the living room of artistic director Isobel Dryburgh. This retrospective sharing of Veronica's archive and lifespan takes each shows documentation as a point of departure.

Each live show at Veronica has been constructed with an archival visualisation or projected afterlife in mind, these "rumors" of the live event will be made available for audiences within a performative presentation charting Veronica.

A song to hear you arriving
- Sofia Dinger

After what happened, I can not continue to speak exactly the same way I spoke before. I can not and I do not want to. I want to mark the differences: to witness that things do matter. That sometimes we really do not know what to do with our own voices.

Even writing this seems a bit excessive, as if every word I choose is in  itself a betrayal. And the truth is that between what I am writing now and what will be read, so many minutes will pass that when we arrive there (you, me, the dead one, the saint, the ghost, the friend and the mother), we will all be so different that perhaps this little text will be a lie. I can not promise otherwise. What I can assure you is that I've been hearing a lot of music because it consoles me, my love.

I find myself in a place where a certain playfulness is expected or, rather, is imposed. An unwanted desire to always be with the other, to perform codependency. Here, me and him are together in a way I imagine my cells would be together with a virus, in a manner directed by science, out of my hands but, nevertheless, fully controlled. A Sims version of a burning love, a drug OD faked for a film scene, a deadly plague described in a book. I wonder about ways to express the weightlessness of this duet, the seeming lack of burden I experience as it unfolds but, also, the phantom pains I feel from the open wounds of others before me, and the testament of life that they bequeathed to me. Genealogies are meant to dance, unexpected kinships are yet to be embraced.

Vincent Riebeek got first introduced to the international performance scene with his collaborator Florentina Holzinger. They made their duet Kein Applaus für Scheisse while still studying at the SNDO in Amsterdam and was called one of the revelations of Batârd festival, Brussels in 2010. Since his graduation from SNDO in 2013, Vincent has been involved in several projects. Next to his work in theatre, there is also his work in galleries and exhibition spaces like the collaboration he initiated between a flexible group of artists linked to Amsterdam called YoungBoysDancingGroup. 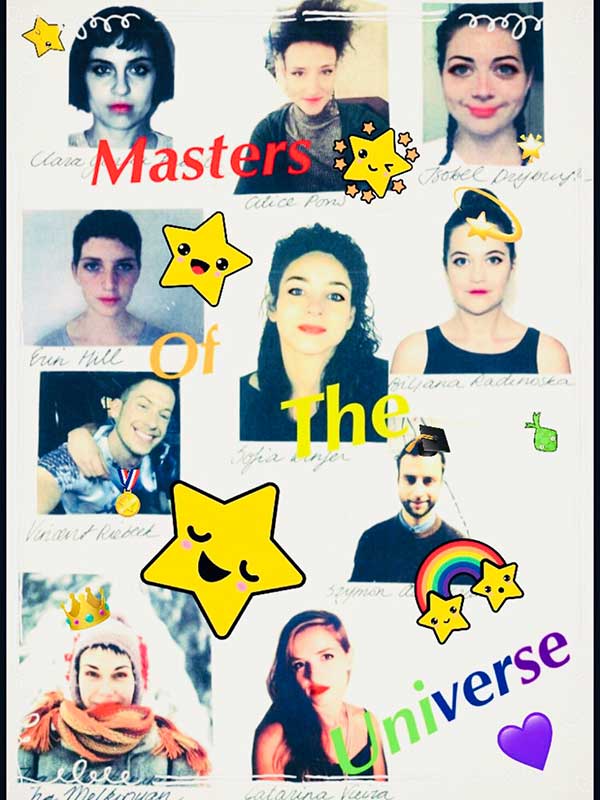