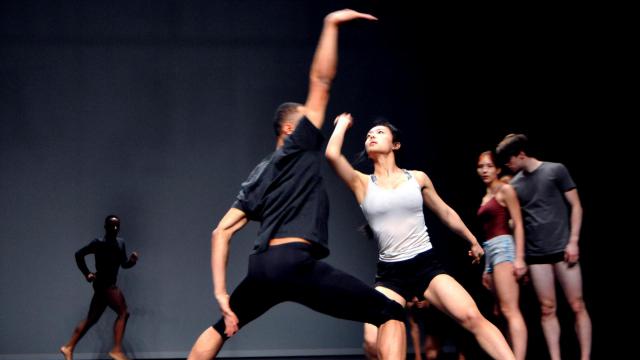 One of the biggest challenges in the new Dancers of Tomorrow programme is Wayne McGregor’s masterpiece Atomos. The Bachelor’s students will be dancing the final section, which lasts sixteen and a half minutes. In February, the students worked on it for two weeks with Anna Nowak – one of the original cast of Atomos, in 2013. She will be returning in April. “At the beginning, the students were a bit at sea. Both because of Wayne’s dance vocabulary, which is very distinctive and specific, and because of the lightning speed of the choreography”.

Anna Nowak, former company dancer and now teacher for Studio Wayne McGregor, looks back on her fortnight in Amsterdam as an ‘amazing experience’. “It was one big journey – from day one right up to the last minute. Atomos is new and challenging for the students in every respect. They have to leave their comfort zone far behind, and that’s good. It triggers them and stimulates them”.
So what exactly is it that makes the choreography so different and demanding? Nowak says there are various ways to answer the question. “Firstly, the technique in Atomos is very different to what students generally learn. In ballet, the torso is usually held in a fixed, upright position and the movements are performed mainly by the arms and legs. In Wayne’s work, it’s exactly the opposite, and the torso is continually moving outside its normal alignment”. Another thing that Nowak thinks is new to the young dancers is the approach to the choreography. “I ask them to do the movements in the way that feels organic for them. Not that they can change the actual steps, but they can tackle them in their own way. It’s like a kid’s colouring book. There’s a drawing; a framework, but each child chooses their own colours and fills it in in their own way. It’s the same with Atomos: I encourage the dancers to find their own freedom within the choreography, as I'd like to see the person behind the dancer”.
And there’s something else, says Nowak. “In Wayne’s work, everything always has to be bigger, fuller, more extreme and more complete. He has a very individual, specific dance idiom, with a strong focus on the transitions between the positions. So as a dancer, you have to perform continually – there are no pauses anywhere”.

Micro level
Wayne McGregor (Stockport, England, 1970) is known for his great interest in technology and science. In Atomos, he explores the smallest unit of matter, or in other words invisible structures. “However”, says Nowak, “such sources of inspiration are just his starting point. He talks to us about where his interests lie and gives us and himself the creative tasks to be solved in order to generate the choreographic experience. I think Wayne also expects his audience to play an active role and wants people to interpret his work in their own way, based on their unique personal vision of the world”.
Nowak, however, says she does want to talk about what Atomos means to her. “The piece starts on a small surface area, with the ten dancers standing on top of one another. Then it erupts and the dancers spread out over the stage. Various relationships are formed, but at a certain point something happens and the eruption reverses, as it were, and ends up in a void”.
To her, this represents ‘the universe at micro level’. “It’s as though you’re looking into an atom, at the smallest possible structures that are no longer visible to the eye, and you wonder whether these structures are formed at random or not – something that still remains a great mystery”.

Pure magic
The NBA students are dancing the final part of Atomos that begins with the ‘red section’, a series of solos and duets. “The structures then become increasingly complex and there’s a very dynamic and extremely fast group section, which resolves into a final section with a completely different atmosphere, consisting of a supremely calm trio and equally calm duet”.
“At the beginning, the students were a bit at sea. Both because of Wayne’s dance vocabulary, which is very distinctive and specific, and because of the lightning speed of the choreography”, says Nowak. She adds, “I haven’t decided on the cast, so everybody’s learning everything. Firstly, because I want to give everyone equal opportunities, and secondly to give the students joint responsibility for the choreography. You do it together and you help each other too”.
“So they had a lot to get used to in the first week but by the second week something clicked and it was pure magic. It was so wonderful to see how these young dancers took risks, continually changing cast, suddenly dancing with partners they’d never danced with before and taking joint responsibility. Instead of being worried about who was going to be cast to go on stage, they threw themselves enthusiastically into a process that was way out of their comfort zone”. 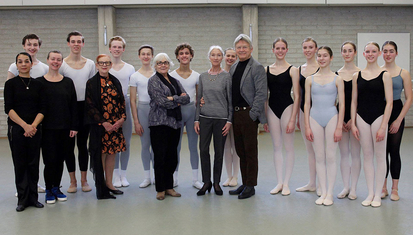 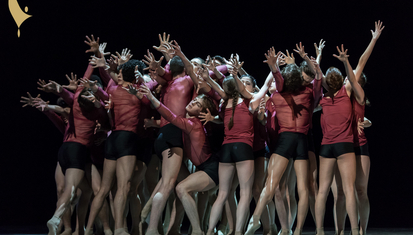 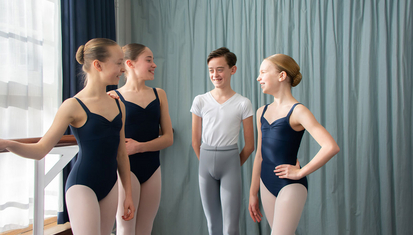 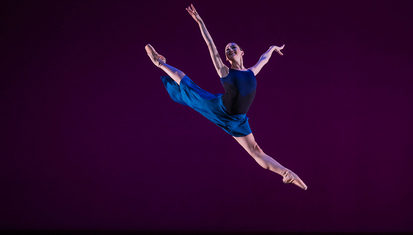 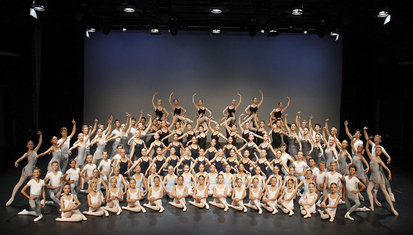 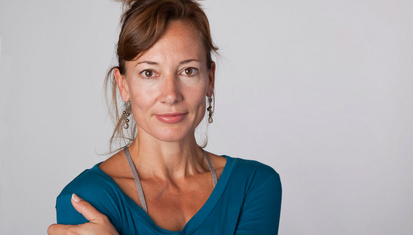