Jan Zoet to leave Academy of Theatre and Dance 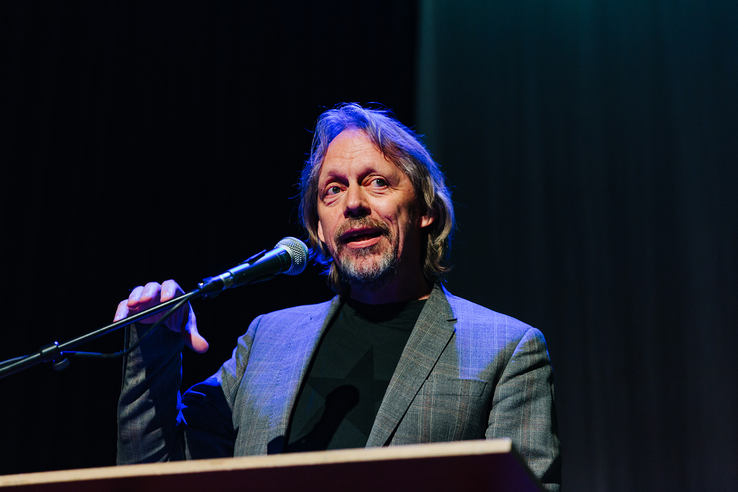 As from 1 February 2020, Jan Zoet will step down as director of the Academy of Theatre and Dance (ATD), part of the Amsterdam University of the Arts (AHK). From that date, he will exchange his position at the ATD for that of director of Amare, the new educational and cultural complex that will be opening in The Hague in 2021. Zoet has been in charge of the theatre and dance study programmes in Amsterdam for almost seven years.

Since taking up his position as director of what was then called de Theaterschool, Jan Zoet has put the Academy further on the map as the leading educational institute in the field of theatre and dance in the Netherlands. Bert Verveld, president of the AHK executive board, states: “Jan Zoet was and is of enormous significance to the Academy of Theatre and Dance and thus also to the Amsterdam University of the Arts. In the past years, he has given the academy fresh inspiration, strengthened the contacts with the field of work and opened the windows. Under his leadership, important innovations have been implemented in teaching and research, as well as the manner of working. The academy is in a strong position. We will miss him, in the work, but also due to his great collegiality. We congratulate Jan with this wonderful appointment and wish him a lot of success in this following step, which ties in seamlessly with his ambition: bringing as many people as possible, from as many target groups as possible, into contact with the performing arts and increasing the crucial role of the arts in society.”

Before his arrival at the Academy of Theatre and Dance, Jan Zoet had been director of the Rotterdamse Schouwburg for 14 years. His experience in the performing arts and arts education, and his enthusiasm for the arts in general – Jan Zoet has been president of the interest group for art, culture and heritage Kunsten ’92 for years – will be combined in his directorship of Amare from next year. That complex in the centre of The Hague will be the home for the Residentie Orkest, the Nederlands Dans Theater, Royal Conservatoire The Hague and Dans- en Muziekcentrum Den Haag. Jan Zoet considers it a challenge to expand Amare into an inclusive home of the arts for The Hague as a whole.