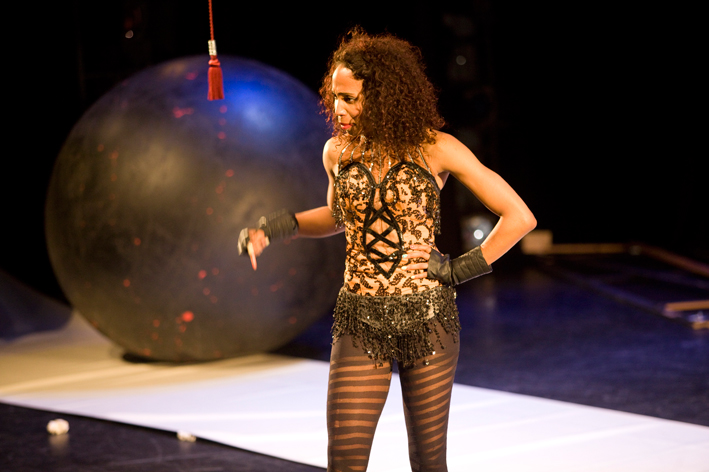 Dionne Verwey, who graduated from de Theaterschool’s Mime School was awarded the Top Naeff Prijs on 2 July for her graduate production ‘Man’. The Top Naeff prize is traditionally awarded as incentive prize to highly promising talent of de Theaterschool.

The jury praises Dionne for her enterprising spirit, creativity and courage. The sparkle Dionne brings to the experience of theatre and the clear, sometimes wild images in her production enrich Dutch theatre. Dionne’s work is original and transcends clichés. The jury hopes that Dionne’s “standup-mime” will become a new authentic voice in the Dutch theatre landscape.

The Top Naeff Prijs is the oldest national prize for theatre students and is regularly awarded to highly promising students who graduate from de Theaterschool. It is awarded by the Top Naeff Prijs Fonds in conjunction with the Emma Morel Fonds. The prize consists of a cash sum of € 750 and a trophy as memento. In addition, prize winners can pride themselves on belonging to select group of former winners.

Actress Sigrid Koetse was the first prize winner on graduating in 1955. Subsequent prize winners were Peter Oosthoek, Suzanne Kennedy, Boukje Schweigmann, Theun Mosk en Carice van Houten. On rare occasions the prize is awarded to an exceptionally talented class. In 2011, the Top Naeff prize was awarded to the entire graduate class of the Scenography study programme. The commission wanted to reward these six remarkable students for their role as pioneer in helping to shape the Scenography study programme.