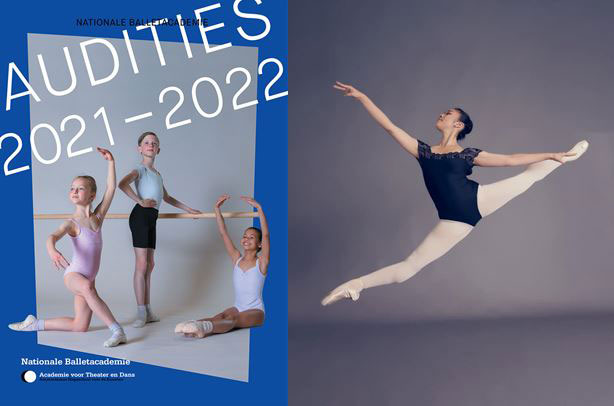 In January and February, it’s audition time again for children who dream of becoming a dancer and who are now in primary school groups 6 or 7. In Amsterdam, Den Bosch and Houten, children can audition for a place in NBA 1 or NBA 2 – the latter is possible as the intake of new pupils was limited last year by the corona pandemic, says Marieke van der Heijden, coordinator of the Pre-NBA. In the coming months, we’re also organising a special Winter Dance Day, where children who are interested can come and experience what it’s like to take class at the Dutch National Ballet Academy. Then on 18 February, there’s another audition for the school’s two-year Associate Degree programme. We offer international students the opportunity to take part online, if they wish.

“As a result of the corona pandemic, we’re seeing that the intake of new pupils is more limited than in previous years”, says Marieke van der Heijden. “On the one hand, that’s because over the past year many ballet schools have just been trying to survive, and a considerable number have even had to close. As a school, if you have to continually adapt to changing measures, you’re only concerned with trying to manage the practical side of things. And then we see at the academy that scouting for talent gets pushed aside – understandably so. In addition, fewer children have taken up intensive ballet training. To give them a chance to develop their passion for dance nonetheless, this year we’re organising our first special Winter Dance Day (see below – ed.)”.

Audition locations and dates
Due to the situation described above, for the coming school year the Dutch National Ballet Academy is not just starting a new NBA 1 class, as usual, but also providing the opportunity to join the NBA 2 class. In total, there are still four first-round auditions: in Amsterdam (on 15 January and 12 February), in Houten at Balletschool Olga van Koningsbrugge (29 January) and in Den Bosch at Balletschool Liesbeth Hagenaar (30 January).

Younger children (now in primary school groups 4 or 5) can also register for the Pre-NBA course. They will then have classes on Saturdays (Pre-NBA 1) and on Wednesday afternoons and Saturdays (Pre-NBA 2), respectively, in classical ballet, world dance and  – in Pre-NBA 2 – body conditioning. The Pre-NBA 2 classes on Wednesday afternoons can be taken either in Amsterdam, at the NBA location at Agamemnonstraat, or in Groningen, at Balletstudio Wanda Kuiper. The Pre-NBA auditions will take place in May.

Winter Dance Day
On a date still to be announced, in the coming months we’re organising a Winter Dance Day, where children can experience what things are like at the Dutch National Ballet Academy. They take classes in classical ballet and world dance, and learn an excerpt from Dutch National Ballet’s production The Nutcracker and the Mouse King. Keep an eye on our website and socials for more information.

Associate Degree
On Friday 18 February, there will be a second first-round audition for the Dutch National Ballet Academy’s Associate Degree programme – by invitation. Young dancers who have preferably completed secondary school or will do so this school year can register until 11 February. International students can also take part in the audition online. 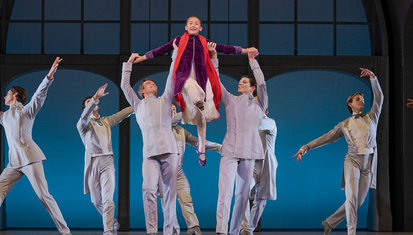 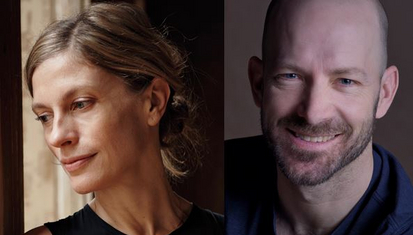