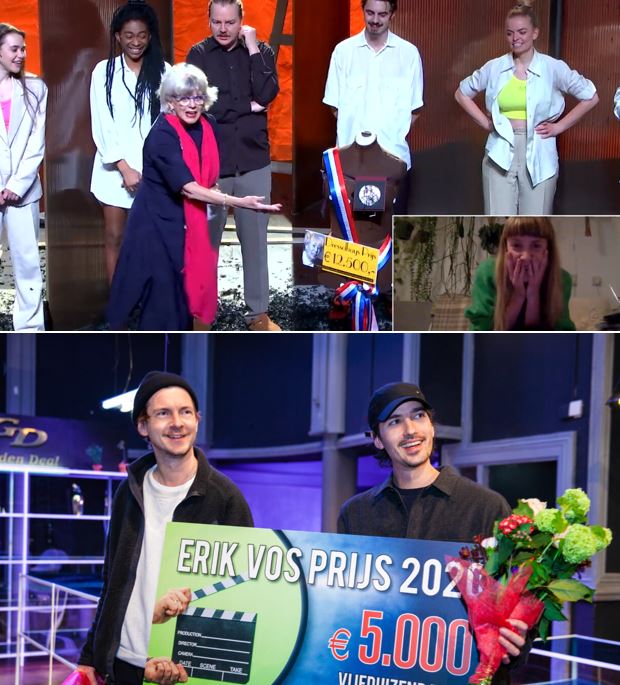 Director Eline Arbo, graduated from Theatre Directing in 2016, has won the Mary Dresselhuys Prize 2021. She was virtually awarded the prize by jury chairperson Petra Laseur after the livestream of her performance Drie Zusters from Toneelschuur in Haarlem. Eline was not present herself, but received the prize via Zoom.

read the news item about the prize on Theaterkrant website.

Jan Hulst, graduated from Theatre Directing n 2014, and Kasper Tarenskeen have won the Erik Vos Prize 2020. The duo received the incentive prize for special new theatre talent on 26 January  2021 in Theater Bellevue, after a private try-out of their latest performance Geld voor Goud. The prize consists of a sum of five thousand euros.

read the news item about the prize on Theaterkrant website.