Prizes and nominations for ATD-alumni during Nederlands Theater Festival 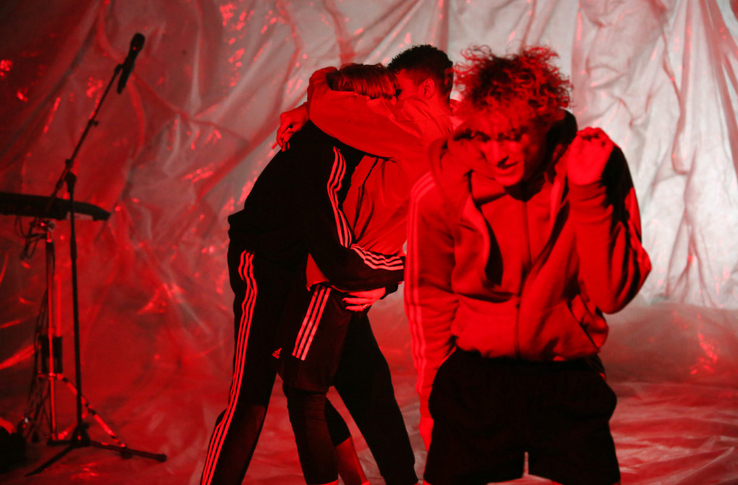 On the closing night of the Amsterdam Fringe Festival, it was announced that Seriously Interrupted Millennial from WUSS has received the very first 'Best of Fringe - Digital' award. WUSS, is a music theater collective consisting of third and fourth year ATKA students.The performance Motherland by Jip Smit (ATKA 2012) is one of the "Best of Fringe" 2020.

Eline Arbo wins the director's prize 2020 for her theatre hit Weg met Eddy Bellegueule at Toneelschuurproductions. The actors of the show, Victor IJdens, Jesse Mensah, Felix Schellekens and Romijn Scholten, have been nominated together for the best male (Louis d'Or) leading role of last season. This was announced by the VSCD Toneeljury at the closing of the Nederlands Theater Festival.

The jury:
'With Eline Arbo, the jury has chosen a director who pulls open all the registers of the theatre, in order to portray a gloomy life and to lighten that life where necessary. Like a striking choreography, text, music and scenery are constantly playing with each other, resulting in a multicoloured and unpredictable stage evening.'

The actors of Weg met Eddy Bellegueule make a joint effort at the Louis d'Or, because, according to the jury, they banged off the stage from start to finish. 'The great strength in this is explicitly not in the individual acting performance, but precisely in the unconditional mutual surrender.'

Marte Boneschansker won the NG Bank Theatre Prize for her concept for BLOOS de mannen, the sequel to her earlier theater installation BLOOS (2018). "With her own and sensitive creatorship, Boneschansker works on a recognisable signature and makes the jury curious about the diversity of perspectives on male intimacy," writes the jury.

Hidde Aans-Verkade and Koen van der Heijden (ROTOR), both graduated in 2017 from the Mime School, were nominated for the BNG Bank Theater Prize.