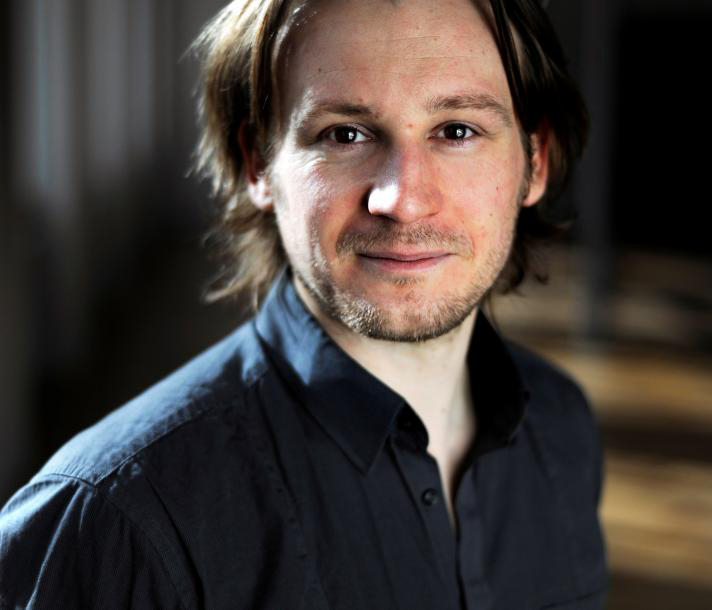 From September 2012, choreographer Ugo Dehaes will assume the position of Artist in Residence for the Modern Theatre Dance and the Production and Stage Management study programmes at de Theaterschool. During this collective research period, the students will work together with Dehaes on a location project.

The students of the Production and Stage Management study programme (OPP) will be confronted with the different artistic themes Dehaes employs as maker, while the Modern Theatre Dance (MTD) will work with Ugo Dehaes as choreographer.

During a period of four months, the students are given the opportunity to immerse themselves in the imaginary world of the maker, to acquaint themselves with his inspiration sources and to see what impact they have on his work. Through workshops, lectures, discussions and by following each other’s development process, a dynamic dialogue evolves, allowing students to develop and exchange perspectives and ideas.

Ugo Dehaes is a young Flemish choreographer/maker who has made a name for himself as a performer in works by, among others, Meg Stuart and Arco Renz. His work is characterized by a powerful intensity, the unreserved presence of the performers and their extreme actions.  Dehaes is averse to producing just for the sake of producing. He takes his time to create a production, unique by today’s standards where haste and over-production are the norm. For his own productions he does practically everything himself, production, theatre technique and publicity. It will be an exciting challenge for Dehaes, as Artist in Residence, to share with and partially delegate the production process to OPP students.

During his Artist in Residency, Ugo Dehaes plans to realize an extramural production on location with the theme ‘Protest’. Together with the students of the Modern Theatre Dance study programme, Dehaes wants to investigate what effect ‘protest’ has on the students as a group. During the past years, the work of Ugo Dehaes has evolved from duets centering on the human body, to large-scale group pieces about people. Emotions are an important theme of Dehaes’ work, especially how they are translated into movement and put across to an audience.

‘Protest’ is also the theme of the design workshops for the OPP students. Here students design costumes, stage scenery, video images and sound tracks on the basis of research on a theme. Ugo will regularly hold brainstorming sessions during the workshops to discuss the designs with teachers and students. The results of the workshops followed by the Production and Stage Management students will be integrated in the choreography performed on location in December.

The AIR programme is an Art Practice and Development research group initiative in conjunction with the departments of the Amsterdam School of the Arts. Results of the Artist in Residency programme are published internally and externally by the magazine ON AIR  www.air.ahk.nl 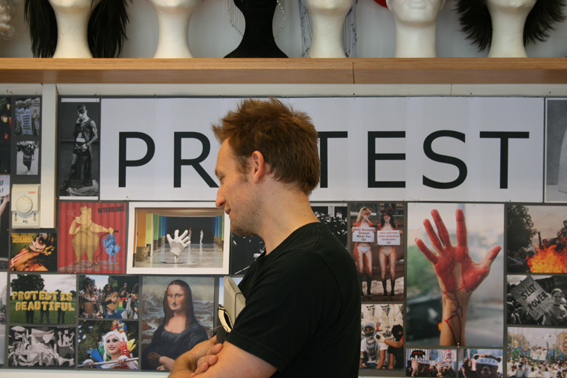 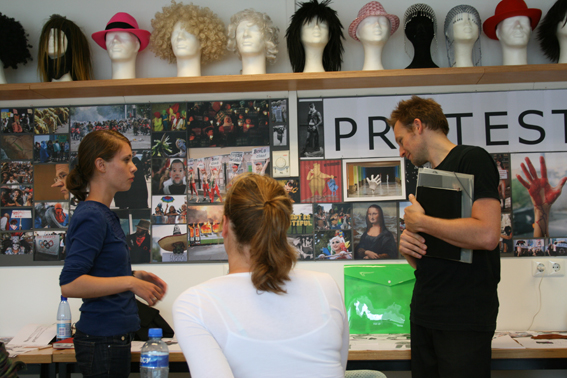