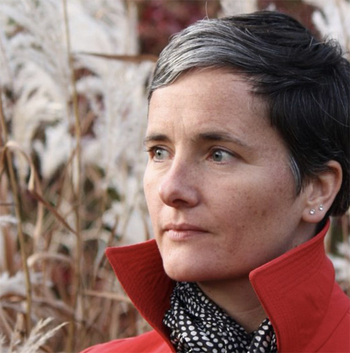 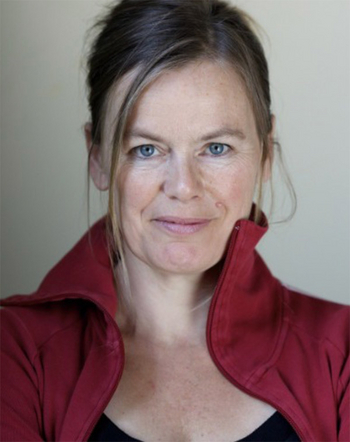 Interviewer to be announched

About Nicole Beutler
Nicole Beutler (born Munich, 1969) has a background in the visual arts and German literature, and studied choreography at the School for New Dance Development (SNDO) in Amsterdam. Over the past twenty years, Beutler has made her mark on the Dutch performing arts with her unique approach to performance. Since 2009, she has been the artistic director of her own company, Nicole Beutler Projects. Her work has won awards including the VSCD Mime Prize(2009) and the Dioraphte Prize (2014), and has received many other nominations. In 2018, Beutler was awarded the Gieskes-Strijbis Podiumprijs for her oeuvre.

In the course of her career, Beutler has made the body speak in many ways: in relation to a wide variety dance forms, to opera, urban arts, live and recorded music, text-based theatre, puppetry and visual art. As an artist, she thinks beyond genre and makes theatre as a Gesamtkunstwerk; the form and content of every element – movement, word, space, light, sound, costume – are carefully considered in relation to each other and to the audience. With her curious gaze, Beutler constantly incorporates new influences into her work and thus stretches the boundaries of what constitutes dance. The performances are based on universal, topical themes that concern us all. Beutler’s mission is to translate the human condition into a visual language that enables the audience to reflect. She always goes in search of the essence, simplicity and clarity.

ABOUT CONNY JANSSEN
“In her performances” said Mayor Aboutaleb, “we recognize ourselves and the will to make contact. Her dance brings worlds together.”

Conny Janssen (Rotterdam, 1958) completed her education at the Rotterdam Dance Academy in 1982. Already during her dance career she developed into a remarkable choreographer. In 1992 she founded her own company and since then Conny Janssen Danst has presented pure dance with a human touch .

Conny Janssen's choreographies are characterized as inventive, physically powerful and moving. She gets her inspiration from metropolitan life: a fast and vital world full of diversity. Her dance language does not stand alone but flows together with a refined choice of music, design and lighting. Her work looks tough, rugged, obstinate and alert, exuding a typical Rotterdam city culture. She fuses her flexible, virtuoso dance language with the personal qualities of the dancers. Conny Janssen chooses outspoken characters who appear on stage as people of flesh and blood. Fragile, combative and passionate.

In addition to the various prizes for her oeuvre, Conny Janssen was also rewarded for her personal merits with, among other things, the title 'Facial determining' by the Province of South Holland (2007), appointed 'Knight in the Order of Orange-Nassau' (2012) and she is joined the Academy of Arts (2015) as a member, where she also holds a board position. In March (2016) Janssen receives the Rotterdam Promotion Award from the mayor of Rotterdam Ahmed Aboutaleb.

We thank Conny Janssen en Nicole Beutler for their contribution with the festival.