We need your support

Watch the programme of GIVE-A-DANS!

GIVE-A-DANS! - tribute to the breeding ground of 33 years of contemporary dance

MTD Legacy thanks the Academy of Theatre and Dance for its extensive support and  the availability of this website for the MTD Legacy project.

GIVE-A-DANS! is a dance event from 24 June - 29 June 2022 in the heart of Amsterdam. It takes place at the Academy of Theatre and Dance at Jodenbreestraat 3. The festival presents a unique programme with 46 public activities such as performances, workshops, interviews, round tables and dance films. The festival is part of the MTD Legacy Project, which also consists of a publication and a digital platform.

After 33 years, the Modern Theatre Dance (MTD) study programme is closing its doors. Therefore, this farewell will be celebrated with a five-day festival open to the public in which the dance heritage will be made visible and transferred to the new programme Expanded Contemporary Dance, to the surrounding working field and to the dance lover.

GIVE-A-DANS consists of a colourful programme from early morning to late at night: fifteen performances, twenty workshops, ten interviews and round-table discussions, and a series of dance films. A highlight is the launch of the MTD Legacy publication: a didactic overview with contributions by ten teachers, the artistic directors of the old and the new programme Angela Linssen and Bojana Bauer and a foreword by Laura Cull Ó Maoilearca the head of DAS Graduate School. As a tastemaker there will be a showcase of the performances to be visited at the OBA in Amsterdam-West.

Read more about the programme.

About MTD Legacy and the festival

GIVE-A-DANS is made possible by the Amsterdams Fonds voor de Kunst and Gravin van Bylandt Stichting. 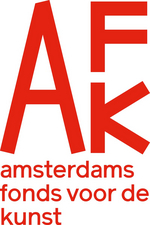 
We need your support

Watch the programme of GIVE-A-DANS!