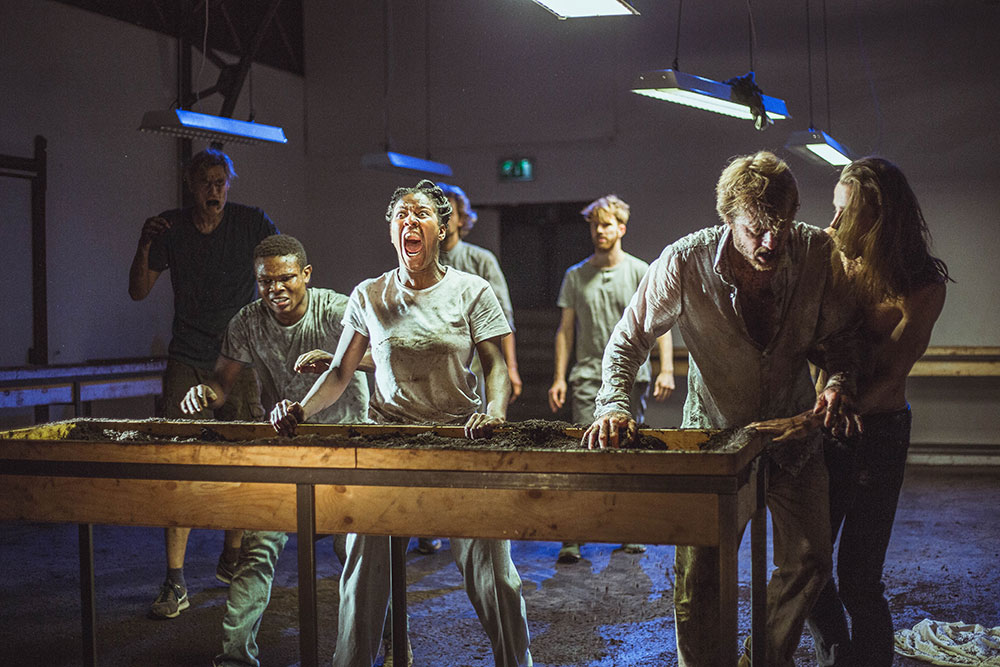 We will honour our alumni with a special Double Bill HALf6. The programme includes the presentation of the André Veltkamp Grant and the announcement of the winner of the Top Naeff Prize 2018. More information about the complete programme will follow soon.

Location and time
17:30 start HALf6 in de central hall of the academy
19:15 start of Paradijsvertraging in de main theatre at the academy, reservations via atd.ahk.nl/agenda

The jury about Paradijsvertraging
The jury praises the vitality, diversity, vulnerability and also the strength of this collective. Versatility is an understatement for this group of performers in optima forma. The Mime Graduates 2018 have a 'stubborn mentality, backbone, and a wicked anarchy'. Because the eight men and one woman are looking for protection but are also the paradise re-builders in a bunker on Spitsbergen. Paradijsvertraging directed by Ko van den Bosch works like a cast-iron primeval screaming ritual, as a sound box mirror of present times. The jury will happily see this performance again.