Within the framework of the Artist in Residence programme of the AHK, Netherlands Film Academy, Master of Film. Supported by: DynAikon, InnovateUK

As part of the Artist in Residence programme of the AHK and the Filmacademy, the transdisciplinary artist and researcher Vesna Petresin opens the door to the IDlab Studio to share her work. In her practice based research Vesna focuses on immersion and the fusion of film, media technologies and performing arts. Vesna invited the internationally renowned British-Australian media artist and electronic interaction designer Matthew Gingold, to co-create a short mixed-reality performance that merges performance art, music, film and computer algorithms. The artists explore various formats of 3D/4D spatialisation of content and degrees of interactivity and immersion in a live setup.

In this short immersive experience Vesna and Matt try to free themselves from the constraints of wearables devices, hardware and software. The audience inhabits an installation which is being created around them in real-time by the movements of the performer. This quest to be liberated from technology-heavy artistic media, gives the performer a greater freedom of expression, and brings her closer to an immersive physical encounter with the audience.

Vesna Petresin’s work has been shown in Tate Modern, ArtBasel Miami and at the Cannes Film Festival. Matt Gingold widely presented internationally at Ars Electronica, MOCA Taipei and Yamagichi Centre for Media Arts Inter-Lab in Japan. Vesna and Matt are joined by their R&D partners DynAikon.com whose team does research, development and integration of novel computer vision and graphics algorithms for live performance, dance and human-computer interactions. DynAikon’s research has been supported in part by Innovate UK; more on DynAikon at www.dynaikon.com 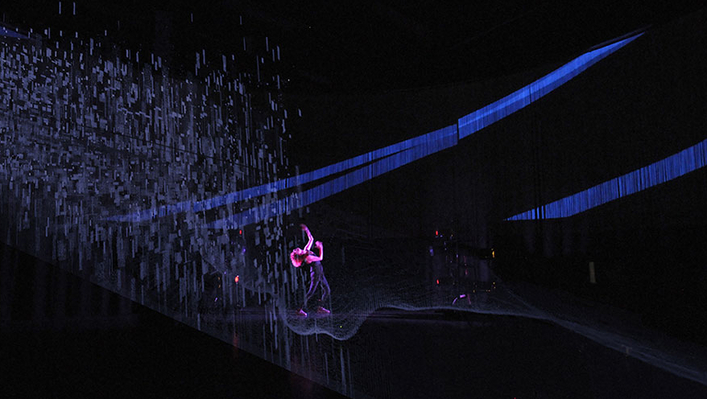 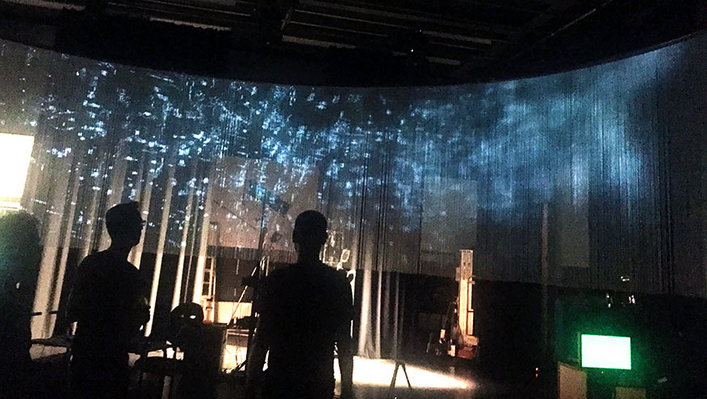