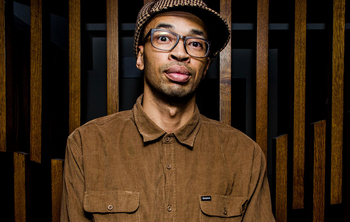 During HALf6 on 9 April Rich Medina will hold a lecture on The Role of Race in Entertainment. This lecture dives deep into the Role that Race played in the Entertainment Industry and shows how ethnic and racial stereotypes were reinforced.

The recognition of the sociology around the notion of race, and tying that to landmark moments in entertainment open the door to an in depth explanation of racism’s impact on the world as we know it.

About Rich Medina
Rich Medina is considered a pioneer in the American DJ community due to his musical versatility, his tenure in the soul/funk and hip hop communities, and for being largely considered THE American DJ who brought Fela Kuti's sound to the dancefloor en masse with his legendary Jump-N-Funk dance parties well over a decade ago.  Beyond the records, Rich Medina is much more than a DJ—he's a poet, educator, music producer, and international recording artist, as well as too many additional titles to list here.

This HALf6 is an initiative of the Amsterdamse Toneelschool&Kleinkunstacademie in collaboration with John Agesilas.