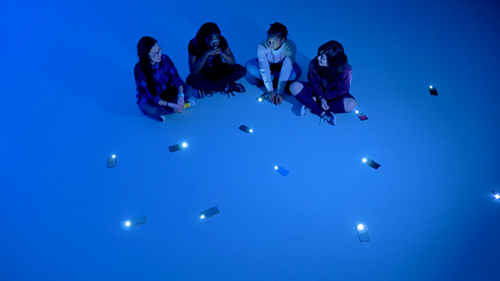 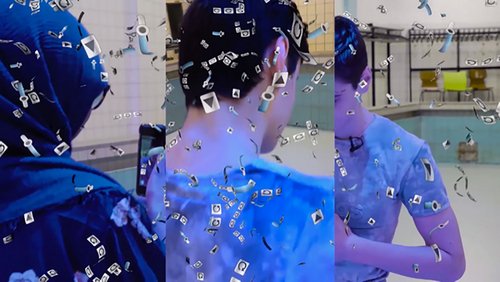 In the new series ID.OS - IDlab Open Studio - progressive artists present their innovative interdisciplinary practice. From electronic music to video games, and from music videos to Instagram documentaries. How does that creative process proceed: from idea, to design, to the finished result? What role do the internet and social networks play? And how can you work together effectively?

In this sixth edition we welcome artists and filmmakers Isaura Sanwirjatmo and Polina Medvedeva, who will talk in depth about their project #VerlorenJongensZullenWinnen. #VerlorenJongensZullenWinnen is an inclusive transmedia documentary researching new media as a tool of implicit resistance in the hands of the new generation. Armed with a phone, a camera or a microphone, these youths redefine political engagement and kick against dominant power structures. The initiators Sanwirjatmo and Medvedeva operate on the fringes of documentary, where they play inside the new informal media landscape, and experiment with new forms of storytelling and collaboration.

Through video workshops at a high school in Rotterdam-Zuid, a series of podcasts featuring current game-changers and an essayistic documentary form, the initiatives of this new generation are brought together in an online platform, and their collective reach celebrated live during the #TakeOver event at WORM Rotterdam in 2020.

About the artists
Polina Medvedeva is a Russian-Dutch filmmaker and artist based in Amsterdam. Her work researches the notion of informality, focusing on informal economies and non-conformist communal structures, their principles influencing the aesthetics of her videos. Medvedeva’s works have been exhibited at Stedelijk Museum Amsterdam; Sonic Acts Festival, Amsterdam; WIELS Contemporary Art Centre, Brussels; Al-Ma’mal Foundation for Contemporary Art, Jerusalem; Inversia Festival, Murmansk; Rotterdam City Theatre; Art Brussels; Centre of Fine Arts Groningen; De Nieuwe Vide gallery, Haarlem and screened during IDFA Docs for Sale and on VPRO among others. She was a guest lecturer at the public school for architecture brussels, Sandberg Instituut Amsterdam, Gerrit Rietveld Academie, ArtEZ Zwolle, and is a tutor and lecturer at the Utrecht School of the Arts.

Isaura Sanwirjatmo is a Rotterdam-based documentary filmmaker who graduated from the Sandberg Instituut. Amongst her latest works is the documentary Soso Lobi (Nothing but love), where the relationships between Dutch female interns and Surinamese men touch upon the complex colonial history between Suriname and The Netherlands. In her projects, Sanwirjatmo experiments with the boundaries and tension between non-fiction and fiction. Her works have been broadcast on NPO 2Doc, AD, The Common Affairs and exhibited at CBK Amsterdam, Vereniging Ons Suriname and Lloyd Hotel.

We're delighted Polina and Isaura will be our guests for ID.OS E06.