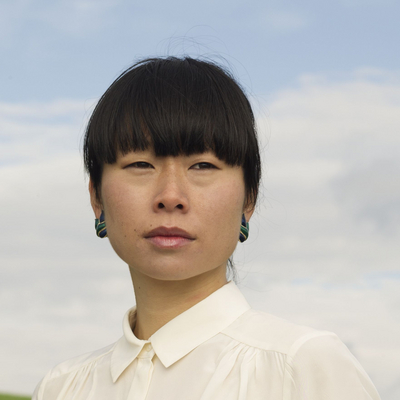 Simone Truong is a Swiss-Chinese-Vietnamese choreographer, curator and performer and was born in 1983 in Solothurn, Switzerland. She is mother of two small children. Since her Bachelor in choreography from the ArtEZ HKA in Arnhem Simone Truong is based in Zurich. As a house artist of the Gessnerallee her works have been co-produced and shown in the Gesnerallee and in several festivals within and outside of Switzerland. Between 2008 and 2010 she worked together with her sister Monika Truong and Elaine Ho on the longterm-project «Overseas», which has been developed together with Chinese artists and shown in Beijing and Zurich. Between 2012 and 2014 Truong worked on question-remake-series consisting out of two performances and one book. The piece «(To) Come and See», created in 2016, is a collaboration around the topic of eroticism with the four choreographers Eilit Marom, Anna Massoni, Elpida Orfanidou and Adina Secretan. The piece has toured for 2 years in Europe, Israel, and Australia. In the end of 2017, the collective has extended the practice into a triptych that includes workshops and a durational performance with the participants. Her latest work «In the middle of Nowhere - your absence fills the space» around the notion of notion of displacement and lostness in migration, has premiered in October 2019 in the Gessnerallee. As a performer she has worked amongst others with Jérôme Bel, Cie Branstätter/Gerbes, Philippe Saire and Liquid Loft/Chris Harring. Furthermore, Truong worked as an assistant and performer for Jérôme Bel, in the piece «Disabled Theater» and «Gala». Truong is recipient of the Danceweb scholarship and the Premio award in 2008. She has received the recognition prize from the province of Solothurn in 2010 and from the city of Zurich in 2011. From 2015 to 2020 Truong was the artistic director of the festival «TanzPlan Ost».

Truong’s work researches states of suspension, fragility and porosity through practice of touch, gaze, blindness, care/carrying. She deals with questions of ecological and social sustainability in her artistic work and personal life. She is part of the garden community Grünhölzli, where she co-directs a forest garden project.