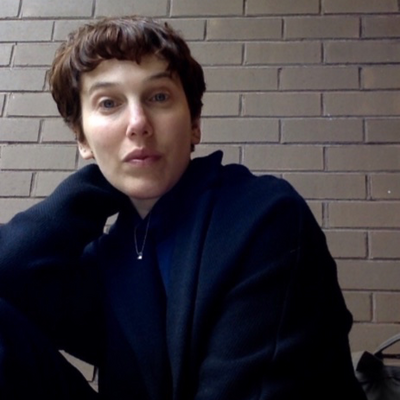 Samara Hersch (1983) is an Australian artist working across theatre, film and contemporary performance.
Her practice is concerned with subverting representations of the ‘other’ through politically and socially engaged work, often collaborating with both trained and untrained performers.

Samara recently presented Sex and Death for the Festival of Live Art at Arts House in Melbourne which received two Green Room Award nominations for Best Contemporary and Experimental Performance. In 2015, Samara was a Director in Residence at the Malthouse Theatre where she directed A Dybbuk Event. Samara was mentored by Bruce Gladwin, from Back to Back Theatre Co. through the JUMP National Mentorship Program and later worked as a show director on their production of Super Discount (Sydney Theatre Co. and Malthouse Theatre).
As a teaching artist Samara has worked as a guest lecturer in Performance Studies at Deakin University as well as teaching at Monash University, St Martins Youth Arts Centre and Access Inc.
In  2010 Samara was a recipient of the British Council Realise Your Dream Award and in 2015 was a recipient of the Keith and Elisabeth Murdoch Travel Fellowship.