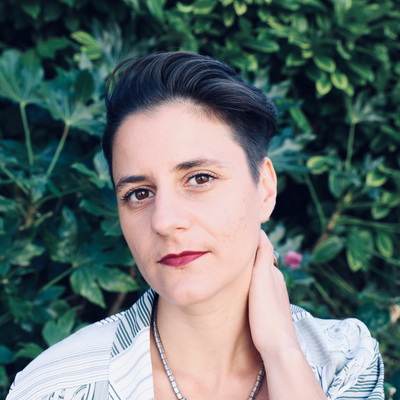 Ira Brand, born in Germany in 1983, is an artist, performance-maker, writer, curator and teacher. She studied Theatre with Textual Practices at Dartington College of Arts (UK), graduating in 2007.
She creates live interdisciplinary performances, and her process is one of using the personal to speak to wider social, political, and formal concerns. Her work often incorporates text, video, auto/biography, found material, interviews with other people, and sometimes a ‘re-performing’ of them. She increasingly works with choreographic practices, exploring a movement language of the untrained body. Her current preoccupation is power and how it is constructed, transferred, enacted, and held – specifically through language, gender and desire.

Since 2011, she has been one of the co-directors of Forest Fringe, an award-winning artist-led collective with whom she has delivered projects as an artist, curator and producer in Edinburgh, London, Hong Kong, New York, Dublin, Lisbon and Kanazawa. From 2014-2016, she taught Theatre and Performance Making at Royal Holloway University of London.