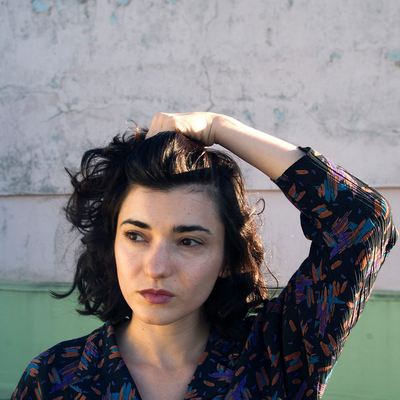 Ana Vilela da Costa (Lisbon, 1984) is an actress and a performative artist. She holds an MA in Theatre – Performing Arts, from the Escola Superior de Teatro e Cinema (2014) and a BA in Cultural Anthropology from the Instituto Superior de Ciências Sociais e Políticas (2008).

She works both in theatre and cinema. Though mostly based in Portugal, over the years she has also worked in Italy (Ravenna, Cervia, Faenza) and Hungary (Budapest). From 2013 onwards she has been developing her own artistic research and creations, mainly stage-based solos.

Ana Vilela de Costa is interested in the boundaries and thresholds where reality and fiction meet. She is also fascinated by the invention of alternative realities and the detachment between time and space. Her personal work could be described as a multidisciplinary practice intertwining performative arts and video installation as ways of addressing the concepts of Memory and Fiction through the usage of real documents or archival material in which photography plays a significant role.