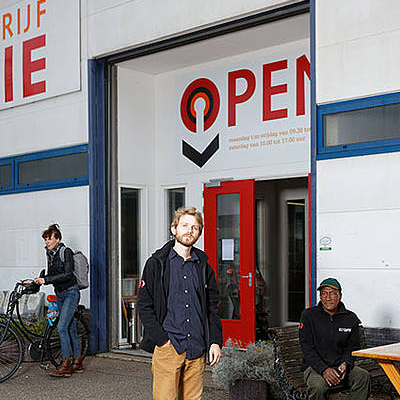 Do what you enjoy, even if it is difficult to enjoy it.

Noah Voelker (1990) is a theatre maker from Texas, United States. During his studies in Theatre and Economics at Trinity University in San Antonio, Texas he became interested in avant garde theatre, participatory performance practices, and devised theatre. In 2013 he joined the Aesthetic of Waste collective as an executive director.

In the collective he directed, wrote, sound designed, stage managed, built props, and performed. As an academic and director he is interested in exploring the relationship between audience and performers; particularly how to invite the audience as collaborators with the performance. He has directed Ithaka (2011), The Maids (2012), We Stole This (various scenes with the Aesthetic of Waste 2012-14), and The Most Important Night of Theatre You Will Ever Attend (with the Aesthetic of Waste 2014) Noah received a B.A. in Theatre as well as Economics from Trinity University in 2013.

Those people who I have had the pleasure of interacting with who are humble and have a vision for themselves and what they do.

Cursed on a Thursday