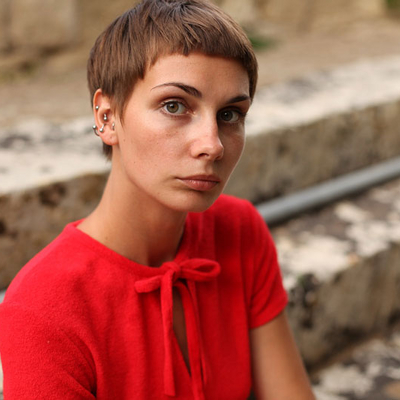 Inspired by the contradictions and paradoxes found in the symbiotic and parasitic existence of all things, Ira Melkonyan (1988) is a theater performer, and a scientist. Melkonyan trained in the theater studios of her native city, Odessa in Ukraine, whilst simultaneously delving into biology and chemistry.

In 2010, Melkonyan was awarded a Masters degree in Microbiology and Virology from the Odessa National University. Her experimental tendencies were granted breathing space on the Mediterranean island of Malta in May 2009 when she became a member of the multi-disciplinary artist collective rubberbodies.

Across 2011-2012, Ira studied in the European College of Liberal Arts, Berlin, concentrating on Philosophy, Art History, and Aesthetics. Melkonyan’s artistic interests lie in the area between medicine, science, humanities and arts, focusing on a possibility of combining the four.